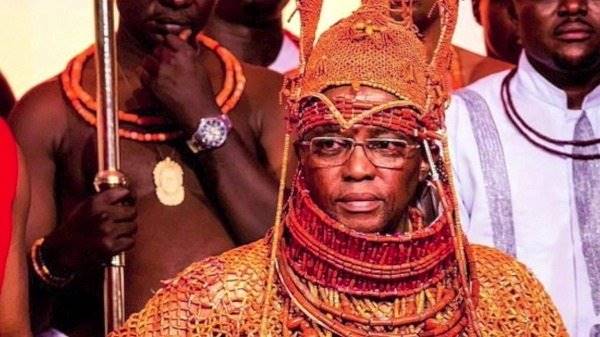 The Oba of Benin, Ewuare II, has intervened in the crisis between Oko-Oroma and Amaga communities.

Palace sources said Oba Ewaure II hinted of his willingness to write the inspector general of Police (IG) to investigate the killings.

It was gathered the monarch adjourned judgment on the land tussle till a date yet-to-be officially communicated.

Six persons were killed last weekend while several houses were burnt when hoodlums, suspected to be from Amagba, attacked Oko-Oroma.

Residents of Oko-Oroma took to the streets of Benin and the Oba’s palace to seek protection and the monarch’s intervention.

The protesters, who were led by Emokpae Ebel and Egbon Eghaghe, alleged the assailants who invaded their village were hired by Matthew Iduoriyekemwen and Peter Ehiozie, popularly called Ebo Amagba.

Ebel said their ancestors never paid tributes to Amagba, and had lived in that area for many years.

But Iduoriyekemwen said Oko-Oroma was one of the traditional camps under Amagba, known as Ago-Emokpae. He said the crisis by Ago-Emokpae people was being financed by Gaius Emokpae, who he alleged was striving to be ‘a traditional head of a non-existent village’.

He said: What happened there was blown out of proportion. Amagba people only took physical possession of their traditional rights without any injury to any of the parties then.

“Dislodging illegal occupants who indulge in illegal sales of our lands to me is no crime. For your information, I am not involved in the crusade, but by virtue of my father being the traditional head of Amagba, my name may be a recurring decimal.

“I can state categorically that I am a peace loving citizen who will not do anything to alter the peaceful co-existence of people within my area of influence. Gaius Emokpae and his people in Ago-Emokpae only intend to drag my name into matters considering my political stand and status.”

Owen denied his involvement in the attack on Oko-Oroma.

Court sentences 10 pirates to 12 years imprisonment for hijack of...

Presidency: 25 million Nigerians to own solar system at N4,000 monthly

Amid a falling naira, CBN says exchange rates would converge

Okowa: Taking the bull by the horns, By Ray Umukoro