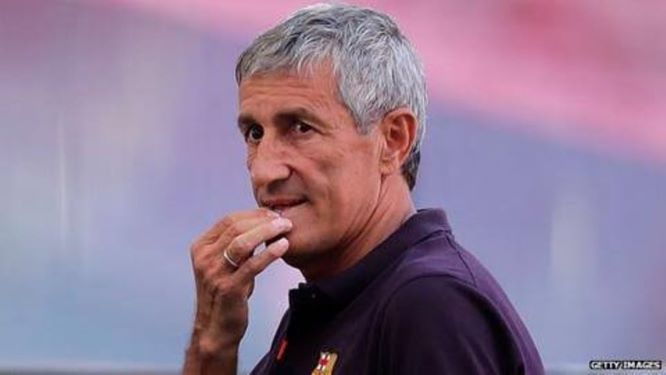 His dismissal followed the embarrassing defeat inflicted on his side by Bayern Munich last Friday. The German champions thrashed Barcelona 8-2 to progress into the semifinals of the UEFA Champions League.

In a club statement Monday evening, the Spanish side said a new coach would be announced in the coming days as part of a “wide ranging restructuring of the first team.”

“The Board of Directors have agreed that Quique Setién is no longer the first team coach,” the statement said.

“This is the first decision within a wider restructuring of the first team which will be agreed between the current technical secretary and the new coach, who will be announced in the coming days.

“Quique Setién came to Barça as coach on 13 January of this year. During his seven months in charge the Cantabrian coached the first team in 25 matches: 19 in the league, three in the Champions League and three in the Copa del Rey.

“The breakdown of his results was 16 wins, four draws and five defeats.”

Peter Obi to President Buhari: Focus on reducing poverty, not 2023...

Gov. Makinde: We have what it takes to restore LAUTECH’s lost...

Obaseki: Oshiomhole was attacked for visiting Edo without informing me