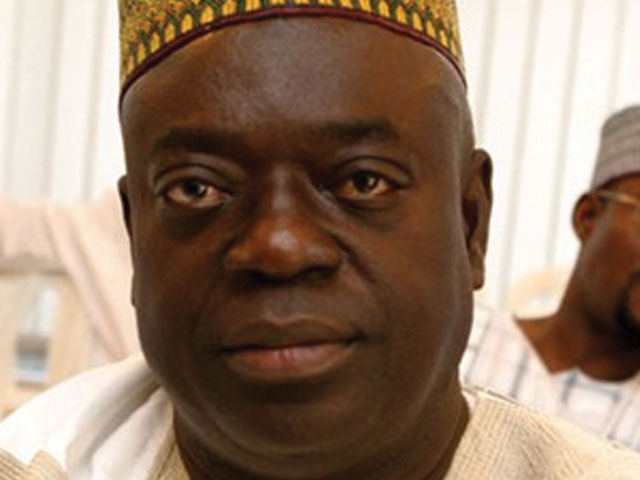 Aliyu made the call in a statement on Thursday in Minna by Mr Bala Bitrus, his media officer.

Said Aliyu: “We hereby ask INEC and the government in power to annul the elections in the interest of peace, the growth of democracy and fairness.

“This is for the soul of Salomi Acheju Abuh and of all those who were slain in Kogi and Bayelsa states in the course of last Saturday’s elections by the agents of the states.

“We ask the federal government to not only condemn the wanton killings and destruction of properties but to empanel well balanced committees to probe the dastardly acts and speedily bring those behind the arsons and fish out their sponsors for proper justice.”

He condemned the killing of the PDP’s Women Leader of Wada Aro Campaign Council in Kogi State, Salomi Abuh, who was burnt to death in her house by alleged sponsored armed political thugs.

“As civilized citizens, we note with serious concern that the general conduct of the governorship elections in the two states, where innocent citizens were subjected to crude, brutal and naked use of force have rubbished the essence of the elections.

“Therefore, we reject the outcomes of the two elections in their entirety.

“The conducts and outcomes of the elections in the two states are, therefore, not the reflections of free choice by the electorate in the two states nor are they in tandem with democratic traditions, hence, we reject the results posted by INEC in all their ramifications.

“It is pertinent to say here that subversion of the free will and wishes of citizens at elections and at any public fora amounts to, not only illegality but gross abuse of the fundamental principles of the rights of citizens to elect candidates of their preferred choice to govern them.

The former governor said that it was time for the country to begin to have critical look at the electoral system and ensure that the right things are done toward safeguarding democracy and its true culture in all elections.

Responding, Alhaji Mohammed Imam, Chairman of the All Progressives Congress (APC) in Niger State, said that Aliyu was merely seeking for relevance.

“He is actually canvassing for such, knowing fully well that INEC cannot annul election after it had declared it,” he said.

The incumbent in Kogi, Alhaji Yahaya Bello, polled 406,222 votes to defeat his major opponent, Musa Wada of the PDP who scored 189,704 votes to emerge second.