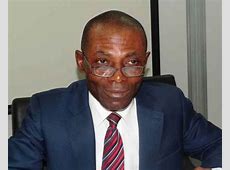 Almost all Ministries, Departments and Agencies (MDAs) have been indicted for financial wrongdoings in the latest fiscal assessment of the country.

The indictment came against the backdrop of the much-talked-about fight against corruption being waged by the Federal Government.

Some of the cases of irregularity included improper records of transactions, unsubstantiated claims and outright non-report. For instance, an estimated N500 billion was submitted to the National Assembly. But the money, according to the 2016 report by the Office of the Auditor-General of the Federation, was not properly accounted for.

The situation however might not be resolved any sooner because of a lack of enabling laws that would compel and sanction erring MDAs that ignore audit queries.

The Auditor-General of the Federation (AGF), Anthony Ayine, lamented that the gross violation of statutory financial reporting obligations by government agencies is worrisome.

“Most of the government corporations, companies and commissions have not submitted their audited accounts for 2016 to me. Only 51 audited financial statements for 2016, and 149 for 2015, have been submitted to my office as at December 27, 2017, despite the provision of Financial Regulation 3210(v), which enjoins these bodies to submit both audited accounts and management report to me not later than May 31 of the following year of account.

An analysis of the report showed that government agencies, despite the anti-corruption campaign, have increasingly become more reckless with public finance, with 323 agencies failing to submit reports in 2016. In 2015 and 2014 however defaulters numbered 215 and 148.

Highlighting a breach of transparency and accounting standards, the report further detailed unremitted deductions worth more than N3.79 billion involving over 40 agencies including the presidency, Economic and Financial Crimes Commission (EFCC), and the National Assembly.

It noted that about N13.96 billion reported as salaries and wages in the consolidated financial statement of the EFCC were not in the anti-graft agency’s trial balance submitted for reconciliation.

Besides, the EFCC was listed as one of the agencies with “doubtful cash balance” of over N315 million. Others on the list include the House of Representatives (N291.68 million) and Lagos University Teaching Hospital (N343.7 million).

The State House, Office of the Chief of Staff to the President, and EFCC led 62 other MDAs on the list of government offices with outstanding personal advances estimated at N4.87 billion as at December 31, 2016.

The audit inspection of accounting records at the Federal Ministry of Health showed several overdue cash advances of N380.9 million outstanding as at October 2016. Some of these have been outstanding since 2014, even as multiple others were granted without retiring the previous ones, contrary to financial regulations on granting and retirement of advances.

The magnitude of the amount involved suggests the absence of an effective internal control in respect of advances.

At the Ministry of Trade and Investment, 13 payment vouchers of N60.39 million were raised for payment of estacode and air tickets for staff. All were, however, without supporting documents as required by Financial Regulation 603.

President Muhammadu Buhari has consequently been accused of encouraging fiscal indiscipline by refusing to assent to sensitive bills on fiscal governance. He has also been blamed for showing a lack of concern for the economy by keeping the national budget perpetually “incapacitated” and subjecting it to a three-month abuse by delaying the appointment of ministers.

The president who has repeatedly said he would return the budget calendar to the January-December cycle rejected the Budget Timeframe Bill and has not come up with a working alternative. Also, since January 2019, a duly passed Federal Audit Reform Bill sent to him for assent has not been signed. There has not been any communication from the presidency about its rejection.

The bills however have lapsed. Since the Eighth Assembly which drafted them has ended, they would require fresh legislative exercise, lasting years perhaps, and additional millions of naira in cost.

In his reaction, Taiwo Oyedele, Partner/Head of Tax and Corporate Advisory Services at PwC Nigeria, stressed the need for fiscal transparency in the country. He cited a national survey by the Nigerian Economic Summit Group, which showed that about two in every three adults do not trust government with their taxes, hence about 83 per cent of individuals and nearly 70 per cent of businesses do not consider tax evasion as wrong.

“With such a high level of apathy towards tax, it is impossible to move the needle on revenue generation. Government at all levels must urgently start taking steps to address fiscal transparency issues to build the much-needed trust in the system.

“Based on the audit report by the AGF, it was revealed that the National Assembly, the presidency and some agencies such as the EFCC defaulted in remitting various taxes, including the Pay As You Earn of their staff and Value Added Tax (VAT) on payments to their vendors,” Oyedele said.

He noted further: “This trend unfortunately sends the wrong signal from the top and further dampens citizens’ tax morale. The vast majority of citizens and Nigerian businesses are unwilling to voluntarily comply with their tax obligations mainly because of lack of transparency and non-commensurate social services.

“This is a key factor responsible for Nigeria’s low tax to Gross Domestic Product (GDP) ratio. Addressing the problem could easily raise the country’s tax revenue by over 100 per cent, from the current six per cent to at least 12 per cent of GDP.”

The Lead Director of the Centre for Social Justice (CSJ), Eze Onyekpere, on his part, faulted the president’s rejection of the Budget Timeframe Bill.

He said: “It was clearly evident that the president was misled and misadvised by his legal and fiscal governance team. In one breath, he kept repeating the desire of his administration to return the budget calendar to normalcy but when the opportunity presented itself on a platter of gold, to walk the talk, he declined.

“The bill was not an executive bill and he offered no old or new ideas on how the bill could be remedied, to return to the January-December calendar,” he said.

Onyekpere noted that the Federal Audit Service Commission Bill or the Audit Reform Bill received a much colder treatment. According to him, “The president neither formally declined assent nor gave assent to this bill. It is customary when the president declines assent to send a letter to the National Assembly, indicating his reasons for declining assent. He just acted as if the bill was not forwarded to him.

“It shows a clear lack of understanding of what is needed for fiscal governance, transparency and anti-corruption reforms. It could also be interpreted as a lack of political will on the part of the administration to implement reforms. The implication is that the government does not believe in most of what it says. It believes more in the propaganda of reforms, rather than actually implementing real reforms.

“There is evidence of lack of capacity and political will on the part of this administration to timely and properly account for resource expenditure. Budget Implementation Reports (BIRs) no longer come on time and no longer reflect what actually happened.

“Fiscal stability is part of fiscal responsibility and transparent reporting is a key cornerstone of the two. Therefore Nigeria cannot be said to be fiscally stable in an environment of uncertainty and failure to report timelines, coupled with the administration’s impunity mindset that believes it owes the citizens no reporting obligation.”

The audit bill was expected to reveal and plug channels of corruption, compel and sanction MDAs that ignore audit queries, monitor compliance of MDAs, and make the office of the AGF independent.

Dr. Titilayo Eni-tan Fowokan said such low-level fiscal compliance by government offices is obtainable when enforcement is applied on corporate taxpayers and citizens without commensurate pressure and oversight on government agencies.

According to the Fellow of the Chartered Institute of Taxation of Nigeria, “When a country is transparent in reporting its resource utilisation and demonstrates accountability to the citizens, voluntary tax compliance is encouraged and the level of tax compliance vis-a-vis tax revenue generation increases.”

Also, a development consultant, Jide Ojo, told The Guardian it is disheartening that the president rejected bills that would have ensured good governance after resources had been expended on their passage.

“Now that the government has signed on to Open Government Partnership, it needs to show better transparency and accountability in governance. This will help in the crusade against corruption and financial instability,” Ojo said.

In his own submission, Executive Director of Media Rights Agenda Edetaen Ojo said: “The fact is that our current audit system is quite archaic and in dire need of modernisation. So, it is very important that a system that has passed through a participatory and consultative process of a variety of stakeholders and also responds to the key concerns of independence and reliability is put in place.”

According to him, while President Buhari is not an expert on issues of fiscal governance, the quality of assistance he is getting from his advisers and other relevant officials is disturbing.

“As a president who has put anti-corruption as his biggest preoccupation, this is an issue that has a huge impact on public sector corruption and should therefore be a priority for him, if he intends to be effective in his war against corruption.

“It seems to me that the anti-corruption war is deliberately backward-looking, as it tends to target government officials in the last administration with good reason, but is extremely reluctant to institute legal measures to stem or prevent future acts of corruption, and even more reluctant to go after members of the administration who have also been accused of acts of corruption.

“If that is the entire strategy, it is flawed and bound to fail because such an approach would only serve to politicise the anti-corruption war and thereby undermine its effectiveness.”