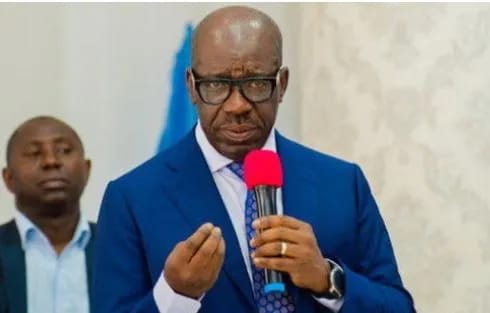 Reviewing the state’s security situation for the months of February, March and April, Gov. Obaseki said Edo recorded 19 drug abuse cases in February, 34 cases in March and 23 cases in April.

“Drug abuse is now number two issue of concern in our state.

“Our analysis shows that there is high rate of consumption of drugs in the last few months.

“This is not unconnected with the ASUU strike which has kept many students at home and idle,’’ the governor said.

The review came after a joint security meeting between the state government and representatives of various security agencies in the state.

“I use the opportunity of this meeting to appeal to ASUU and the Federal Government to do all they can to end this strike as soon as possible.

“This is in the interest of the children so that we do not keep them at home and destroying their lives.

“If they are not going to school, as you know the idle mind is a devil’s workshop. One way we hope that we can reduce the use of drugs is if we take these children back to school.

“Another issue is the accident rate. We have observed slight reduction because of the rains.

“We use this medium to further appeal to the Federal Government that the major roads leading into Edo be repaired, particularly the Benin-Auchi, Okpekpe-Okene roads,’’ he said.

Obaseki noted that road accidents accounted for a large number of deaths recorded in the state.

He stressed that the state had enjoyed a relative decline in other incidents, which shows that Edo is becoming safer.

In his remarks, Commissioner of Police in Edo, Mr Abutu Yaro, corroborated the views of the governor on crime reduction, saying that Edo is safer now than earlier. (NAN)

Federal Ministry of Finance fire incident: No cause for alarm- says...