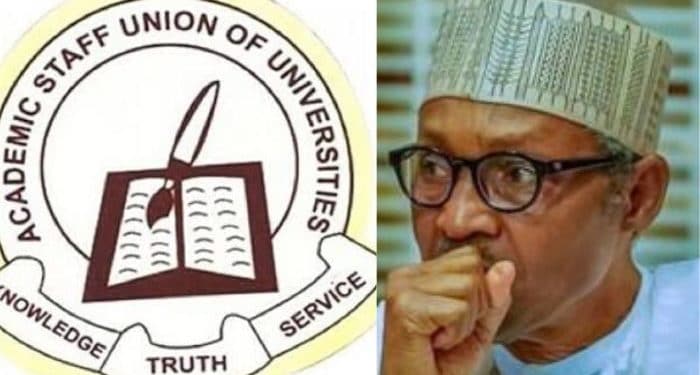 President of the Academic Staff Union of Universities (ASUU), Professor Biodun Ogunyemi, has directed its members not to submit their Bank Verification Number (BVN) to Vice Chancellors before they are paid their February and March salaries being withheld on the orders of President Muhammadu Buhari.

Minister of Labour and Employment, Chris Ngige, at a briefing on Tuesday, said President Buhari had directed the Ministry of Finance, Budget and National Planning to immediately pay the lecturers the withheld salaries.

ASUU, began an indefinite nationwide strike on March 23, 2020, following its rejection of the implementation of Integrated Payroll and Personnel Information System (IPPIS).

Before the strike, the government had threatened not to pay salaries of the lecturers who refused to be enrolled on the IPPIS platform.

On Tuesday, Ngige announced that President Buhari, on campationate grounds, following the ravaging impact of COVID-19 on families, had approved the payment of the February and March withheld salaries to ASUU members, but with one condition which was that each lecturer would produce his or her BVN.

Shockingly, the cheering news from government, did not seem so to ASUU, as the President Professor Ogunyemi, speaking with ait.live, directed lecturers not to submit BVN, as it was viewed as a ploy to lure them into the IPPIS platform.

ASUU has been presenting an alternative to IPPIS, which is the University Transparency and Accountability System (UTAS) at every opportunity with government

However, the Federal Government had consistently insisted that the lecturers should enrol in IPPIS and when UTAS was fully ready, they would be migrated, just as the movement from PENCOM to the Nigerian Universities Pension company, TNUPENCOM was achieved

NIN Registration: Is Nigeria counting the gains of ban on SIM...

Omotola Jalade: At 18, I was prepared for marriage and I...