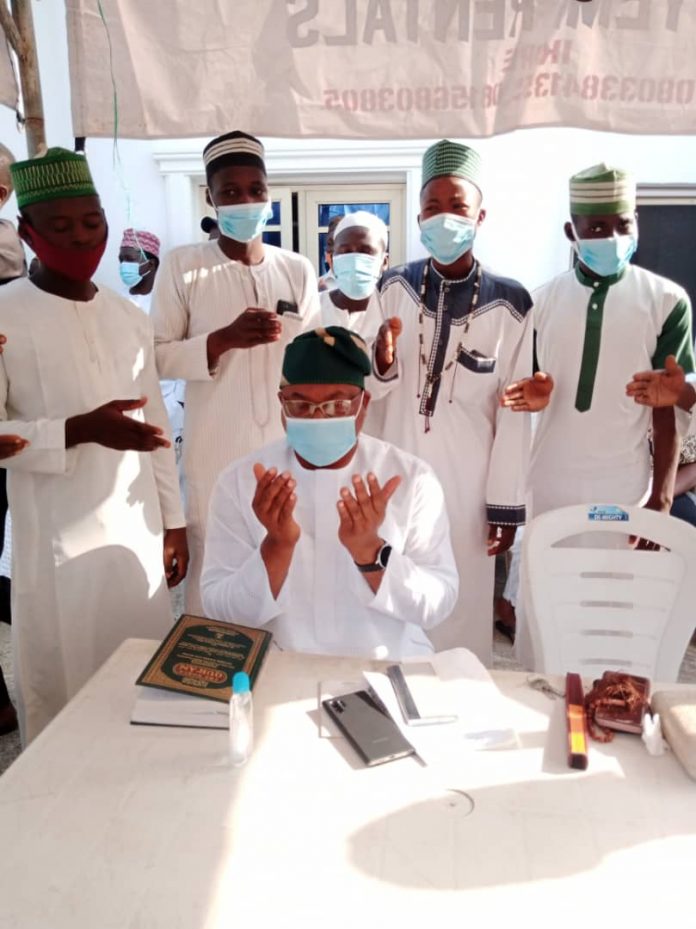 The Ansar-ud-deen Muslim Society of Nigeria, Irewole Local Government Chapter of Osun State on Saturday held a special prayer session for the success of the Gboyega Oyetola administration and for peace to continue to reign in the State.

The prayer session called at the instance of the state Commissioner for Finance, Mr Bola Oyebamiji, was hosted at his Ikire residence with members of the renowned Islamic society turning up in their large numbers for the annual end- of-year prayers.

The society prayed for the continued growth and development of the entire State under Governor Gboyega Oyetola, just as it prayed that the Almighty Allah should grant the Governor the wisdom and strength to continue to steer the ship of the state towards prosperity.

Leading the prayer session, Chief Imam, Ansar-ud-deen society, Ikire, Alhaji Badmus Monsuru Adekunle urged the congregation to continue to pray for the Governor whom he described as God-send to the state because he had been able to stabilise the state just under two years of being in office.

According to the Chief Imam, “We must always pray for our leaders, we thank God for the kind of Governor we have in Osun and we pray that God continues to bestow on him the wisdom to move our great state forward.”

“The achievements of the Governor despite the paucity of funds has reignited my belief in God.

“From the various infrastructure developments across the state to the prompt and regular payment of salaries, it’s amazing what Oyetola is doing.

“You should also realize that Osun is the fifth state in Nigeria to implement the new minimum wage without agitation from workers, I can boldly say that the Governor has done well and he is still ready to do more,” the Commissioner stated.