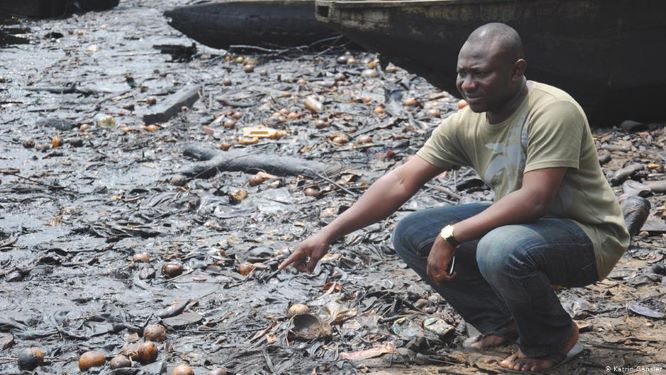 The Amnesty International has criticised oil major, Shell; for failing to clean up the pollution in the Niger Delta.

This was contained in a report released by the group on Thursday titled, “No clean up, no justice: Shell’s oil pollution in the Niger Delta”

According to the report, nearly 10 years after a clean-up was urged for areas polluted by Shell and other oil companies in the Niger Delta, work had begun on only 11% of planned sites while vast areas remained heavily contaminated, according to a new investigation by four NGOs.

It added that in 2011, the UN Environment Programme (UNEP) released a report documenting the devastating impact of the oil industry in Ogoniland, and set out urgent recommendations for clean-up.

But the new investigation said that “emergency measures” proposed by UNEP had not been properly implemented and that the billion-dollar clean-up project launched by the Nigerian government in 2016 had been ineffective.

The report further revealed that over five decades, oil and gas extraction had caused large-scale continued contamination of the water and soil in Ogoni communities.

It said the continued and systematic failure of oil companies and government to clean up had left hundreds of thousands of Ogoni people facing serious health risks, struggling to access safe drinking water, and unable to earn a living.

The report also disclosed that numerous conflicts of interest around Shell had also been revealed involving the management of the clean-up agency, HYPREP, and the Nigerian government.

It stated that Shell was facing a series of European court battles over its business in Nigeria.

“On 23 June, the UK’s Supreme Court will hear an appeal brought by two Niger Delta communities, Ogale and Bille.

“They claim that over several years they have suffered systematic and ongoing oil pollution because of Shell’s operations.

“The court will decide whether it can proceed on the critical issue of whether Royal Dutch Shell (UK and Netherlands headquartered) is liable for the actions of its Nigerian subsidiary Shell Petroleum Development Company (SPDC),” part of report read.

“After nine years of promises without proper action and decades of pollution, the people of Ogoniland are not only sick of dirty drinking water, oil-contaminated fish and toxic fumes.

“They are sick of waiting for justice, they are dying by the day. The Nigerian government should acknowledge this project has been a failure and reinvigorate HYPREP with technical skills and strategic thinking, fully involving the community.” the report also quoted Godwin Ojo of Environmental Rights Action/Friends of the Earth Nigeria.

Osai Ojigho, Director of Amnesty Nigeria added that Shell must not get away with this, adding that “we will continue to fight until every last trace of oil is removed from Ogoniland.”

The report also quoted Colin Roche, Friends of the Earth Europe, to have said “Nine years on, there is still no clean-up, no ‘emergency’ health and water measures, no transparency and no accountability. Without urgent action there will be no justice.

“While oil companies like Shell spend millions greenwashing their image, tens of thousands of people continue to suffer from their pollution and negligence.

“European governments like the UK, the Netherlands, France and Italy must act to support a truly effective clean-up and ensure these companies are held accountable for the devastating pollution of the Niger Delta.”

Osai Ojigho, Amnesty International Nigeria, said: “The discovery of oil in Ogoniland has brought huge suffering for its people. Over many years we have documented how Shell has failed to clean up contamination from spills and it’s a scandal that this has not yet happened.

“The pollution is leading to serious human rights impacts – on people’s health and ability to access food and clean water. Shell must not get away with this – we will continue to fight until every last trace of oil is removed from Ogoniland.”

When Judiciary Goes on Trial, By Olusegun Adeniyi

NAFDAC raises the alarm on hand sanitisers from Mexico