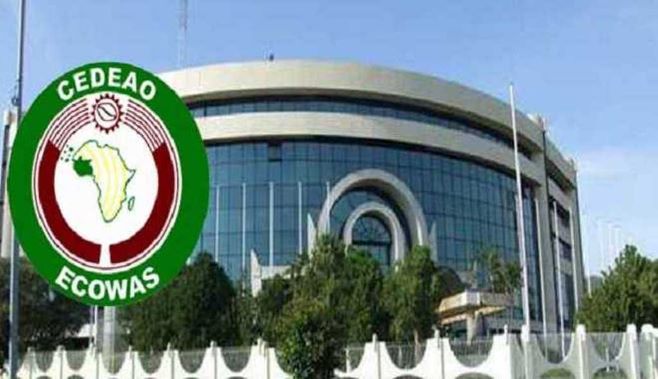 The Minister of State for Foreign Affairs, Ambassador Zubairu Dada, has called on the Economic Community of West African States, (ECOWAS) to investigate causes of the fire at the Commission’s Headquarters in order to avoid future occurrence.

According to a statement by his Special Assistant on Media, Ibrahim Aliyu, the Minister made the call during his visit to the Headquarters of the regional body on Thursday.

Aliyu said the Minister expressed concerns over the incident and sympathised with the Commission over the fire in the second floor of the five-storey building.

He said the Minister was received by the ECOWAS Commission President, Jean Claude Kassi-Brou, during his visit.

Aliyu said that Ambassador Dada was taken round the areas affected by the fire.

He said the Minister commended the efforts of the fire fighters whose intervention minimized the damage caused by the fire.

The President of the ECOWAS Commission, Mr Jean-Claude Kassi-Brou, said the cause of the fire had yet to be ascertained.

He however promised that a team of experts would carry out an investigation to know the actual cause of the incident.

Mr Kassi-Brou said the fire only affected the second floor of the building and had not, in any way, slowed down the activities of the Commission.

Remains of former ambassador to U.S., Justice Nsofor, set to be...