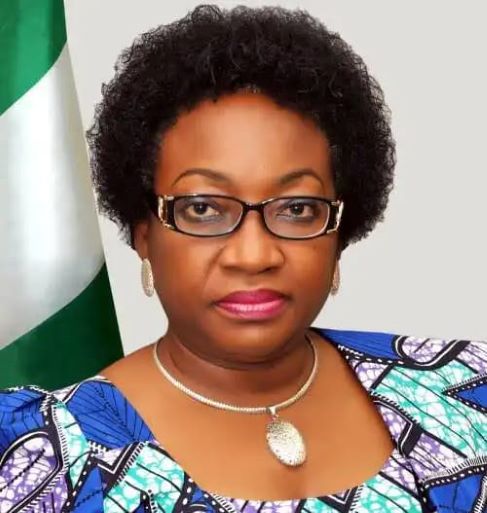 A Federal High Court, Abuja on Monday admitted Mrs Winifred Oyo-Ita, former Head of Service to bail in the sum N100 million   and two sureties in like sum.

Two other defendants, Garba Umar and Ubong Effiok were also granted bail in the sum of N50 million each and two sureties in like sum.

The judge said that in view of the pandemic, he could not endanger the lives of the defendants by remanding them in EFCC custody.

He, however, warned that the defendants must report to the EFCC office everyday between 10AM and 12 Noon for seven days pending when they would perfect their bail conditions.

According to the judge, if the bail conditions are not perfected after seven days, they will be remanded in EFCC custody.

Other conditions of the bail include that one of the sureties must be a civil servant on Grade Level 17 in and Federal Government ministry, parastatal or agency.

“The Surety must be resident in Abuja and own property worth N100 million.

“The other surety where not a civil servant must be gainfully employed and depose to an affidavit of means.”

For Umar and Effiok, one of their surety must be resident in Abuja and own property worth N50 million.

The defendants are all expected to deposit their international passports with the registrar of the court.

Oyo-Ita  and eight others were arraigned by the Economic and Financial Crimes Commission, (EFCC) on an 18-count charge bordering on money laundering and breach of public trust.

They all pleaded not guilty to the charges while a “not guilty” plea was entered for the companies.

They were arraigned for fraud in relation to Duty Tour Allowances, (DTA), Estacodes, conference fees fraud and receiving kick-backs on contracts.

The EFCC particularly accused the former head of service of colluding with Effiok and one Titus Tomsin to make bogus claims of fictitious DTA, estacodes and conference fees which were paid by government to their accounts.

Mr Paul Erokoro (SAN), counsel to Oyo-Ita informed the court that he had filed an application for bail and pleaded with the court to hear the application even though he had only just served the prosecution.

“In view of the situation in the  world today where there is a clear and present danger of threat to life under congested conditions, I wish to plead that we take the application today or that I be allowed to make an oral application for bail,” Erokoro pleaded.

The prosecuting counsel, Mr Mohammed Abubakar confirmed that he had been served with the applications for bail.

Abubakar said that even though he appreciated the fact that the country was going through a trying period, measures such as social distancing had been put in place to check it.

He, however, acknowledged that bail was at the discretion of the court but urged that should the court be mindful to grant bail, it should impose stringent measures.

Earlier, the judge announced that in view of the Coronavirus pandemic, the court would entertain only cases dealing with applications for bail and breech of fundamental rights where the defendants were incarcerated.