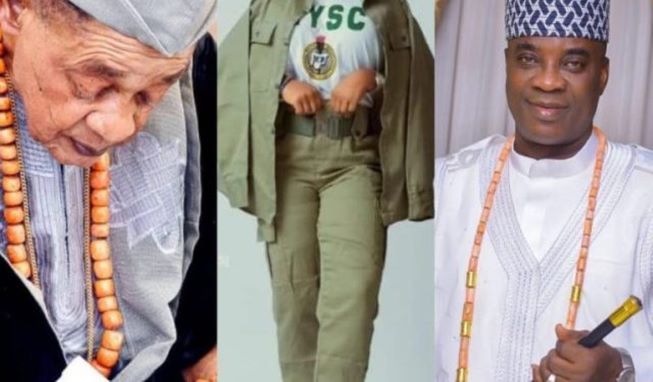 Queen Badirat Ola Adeyemi, one of the youngest wives of the Alaafin of Oyo, Oba Lamidi Olayiwola Adeyemi, has reacted to allegations that she is involved in an extra-marital affair with veteran Fuji musician, Wasiu Ayinde Marshal, KWAM 1, the Maiyegun of Yorubaland.

She denied the allegation and wondered why Dublin-based blogger, Esther Aboderin a.k.a Esabod, who she identified as the originator of the allegation, made up such lies about her when she also gave birth to her own children.

The Queen, who disclosed this in a recorded phone interview with an On-air personality, also called on the deities of the land to punish her if she ever had an affair with the Fuji icon.

She said: “Someone forwarded me a link to a YouTube video by Esabod where she claimed I was having an affair with KWAM 1. Until that day, I have never heard of the woman before.

“I was told the woman is controversial and that is how she writes hurtful, untrue things about people. In the video, she said she knew that the singer would come for me after the King made him the Mayegun of Yoruba land. If this allegation is true, may all the deities in the palace strike me down. If it is false, may all the curses be transferred to Madam Esabod and her children”.

KWAM 1 has also denied the allegation and described it as the handiwork of his detractors.

Amotekun is our local response to crime, says Makinde

FG unfolds plan for a national youth conference in October

Southern Governors’ friendly rebellion and the perils of indifference hy the...