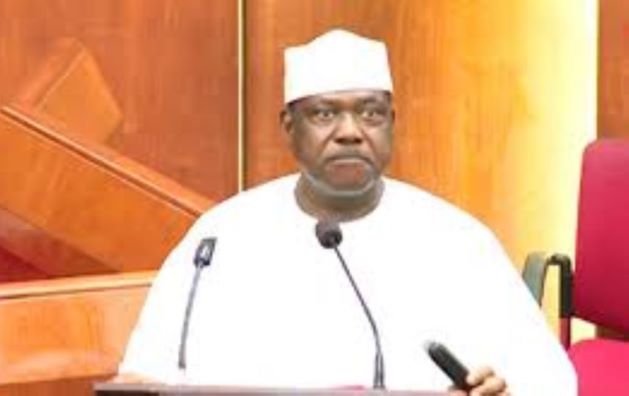 As part of its plans to alleviative poverty in the country, the Federal Government is partnering cooperative societies across the country to supply 2,000 buses to Nigerians.

This was disclosed by the Minister of Special Duties and Intergovernmental Affairs, Senator George Akume, on Monday, at inter-ministerial stakeholders meeting on poverty alleviation held at the NAF Conference Centre, Abuja.

According to Akume, alleviation of poverty in the country has been a cardinal agenda of the administration of President Muhammadu Buhari, adding that the President had severally restated his commitment to this.

“You will kindly recall that President Muhammadu Buhari in his 2019 Democracy Day address said, “With leadership and a sense of purpose, we can lift 100 million Nigerians out of poverty in 10 years.”

“This point was also recently reiteated in his speech at the general debate of the 75th Session of the United Nations General Assembly held on 22nd September 2020 where he listed some of the steps taken by his government to tackle and eradicate poverty amongst Nigerian citizens,” the minister stated.

He declared that the need to tackle poverty was accentuated by the COVID-19 pandemic, which had impacted negatively on the world economy, as well as the difficulties being encountered as a result of recent the deregulation of the downstream sector.

Akume submitted that in view of these, there was an urgent need to act fast to cushion the effects of these hardships on the general populace.

He informed that “Already, many presidential initiatives have been put in place to ameliorate the adverse effects of the pandemic.

“It is in line with this key agenda of Mr President that the idea of convening an inter-ministerial meeting with other ministries, departments and agencies as well as organised private sector and Civil Society Organizations to collaborate towards the achievement of this key agenda was birthed.”

The minister expressed the hope that the distribution of the first tranche of 2,000 buses to cooperative societies would ensure job creation and provide an enabling environment for wealth creation.

“It is envisaged that the distribution and deployment of 2,000 buses (being the first tranche) to these cooperative societies will go a long way in ensuring that jobs are not only created but that an enabling environment for wealth creation is also engendered with the eventual acquisition and ownership of these vehicles by the members of the cooperative societies.”

Senator Akume submitted that the utilization of the cooperative societies for the distribution of the buses was as a result of the fact that, “they are spread evenly along the length and breadth of the country and have a wider reach in terms of its membership.”