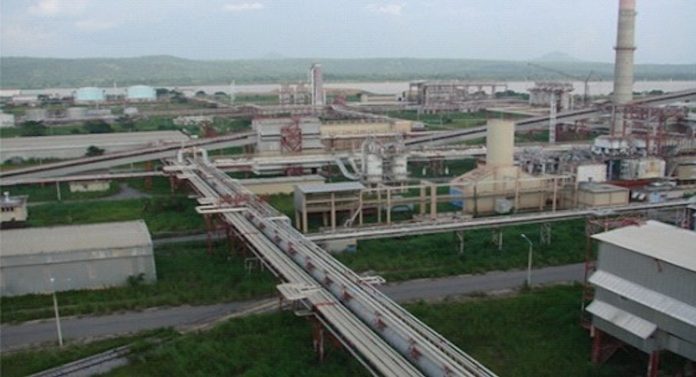 Jamiu told News Agency of Nigeria (NAN) on Saturday in Ajaokuta, that the impression that the company was not working was incorrect and unacceptable to its workers.

He said that although the company might not be fully operational, its staff members were engaged in maintenance and security of the steel plant from being vandalised.

“We should note that Ajaokuta Steel plant was built on a land mark majorly below the sea level, and because of this challenge, flooding of equipment, scale pits, pump houses and cable tunnels were envisaged.

“The plant was, therefore, designed with round the clock pumping and de-flooding.

“All the affected shops of the plant are manned by workers under 24 hours with `3-shifts – 4 bridges system’ to avoid sinking of the equipment.

“The patriotic workers also engaged in regular testing and preservation to protect some of the installed equipment from rust, corrosion and damage.

“Hence, we are proud to say that this maintenance culture has made the installed equipment intact and generally in good working condition,’’ Jamiu said.

In addition, he said that this was confirmed by the 2010 and 2018 Technical Audit Report, saying “ the last audit report indicated that the steel plant was intact and still very viable.’’

He said that the staff members of the company should be commended and honoured for their patriotism.

According to him, the staff members of Ajaokuta Steel Plant are heroes and deserve national honours and awards for preserving the steel plant.

He also commended Mr Sumaila Akaaba, the company`s Sole Administrator, and his team for their resolve to move it to the next level.

Jamiu added that Akaaba`s good leadership made it possible for the workers to remain committed to the preservation of both underground and surface installed steel plants in the company.

“The management has also shown commitment in the reactivation of the power plant which is ongoing.

“If completed and put into operation, the Federal Government can solve the problem of epileptic power supply.

“This can be achieved by simply tapping into the 110 Megawatts power plant which can also supply electricity to Kogi, its environs and even beyond,’’ he said.

NAN reports that Mr Olamilekan Adegbite, the Minister of Mines and Steel Development was recently on a familiarisation tour of Ajaokuta Steel Company and the National Iron Ore Mining Company Limited (NIOMCO), Itakpe.

The minister during the tour assured that the Federal Government would not relent in ensuring that Ajaokuta Steel Company became fully operational before the end of the President Muhammadu Buhari-led administration.

He said that the Federal Government would collaborate with the African Export-Import Bank and the Russia Export Centre to ensure that the steel plant was rehabilitated for full capacity.

NAN further reports that the Federal Government had allocated N3.8 billion to the Steel Plant in the 2020 Budget and was counting on Russia to get the complex running optimally.

An accord to revive the Ajaokuta project was reached at a meeting between President Muhammadu Buhari and Russian President Vladimir Putin in Russia in October.

Nigeria’s rich deposit of iron ore, mostly in Kogi, where the steel company is located, makes steel a viable target for government’s revenue campaign and expansion of the value chain.

The steel plant which was conceived in 1976, could provide nearly a million jobs for Nigerians when fully operational.

The company built on 24,000 hectares of land in Ajaokuta, and 38 kilometers from Lokoja, is meant to generate important upstream and downstream industrial and economic activities that are critical to the industrialisation of Nigeria.

The project has attained more than 90 per cent completion.

Pantami as a metaphor, By Ikechukwu Amaechi