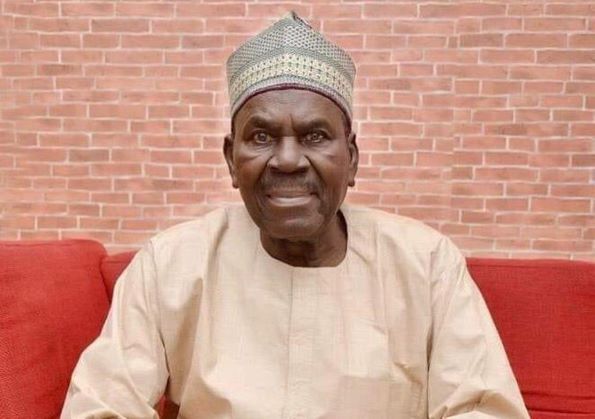 Minister of State for Budget and National Planning, Prince Clem Ikanade Agba, has paid a glowing tribute to the late Alhaji Usman Shagadi, describing him as a grassroots mobilizer and political giant.
Prince Agba, reacting to the passing of the Edo-born politician on Wednesday, said: “I am greatly saddened to hear about the death of a political ‘iroko’, Alhaji Usman Shagadi.
“He was one of the most prolific and experienced politicians of our time. He was a political giant, and an articulate political leader who made lasting contributions to the development of our state.
“Alhaji Shagadi was always full of life, blessed with exceptional wit and a great sense of humour and charisma.
“He was admired by people across all sections of society, including those who did not agree with him politically.
“During his long political career, Alhaji Shagadi was an embodiment of participatory political leadership, and he was a grassroots mobilizer.
“A fine and large-hearted personality, Alhaji Shagadi was always ready to help anyone and everyone.
“His intelligence, sagacity, and astuteness had no match. He was also a committed and very religious man.”
Agba said further: “Alhaji Shagadi’s seminal contribution to our polity will be remembered for a long time to come.
“My heartfelt condolences go to members of the Shagadi family, political associates and his numerous admirers in this moment of grief.
May Almighty Allah grant him eternal rest.”
Please follow and like us:

Why Buhari refused to sign electoral act before 2019 polls –...

Palaver as Asaba Court restrains Buni-led CECPC from office for a...