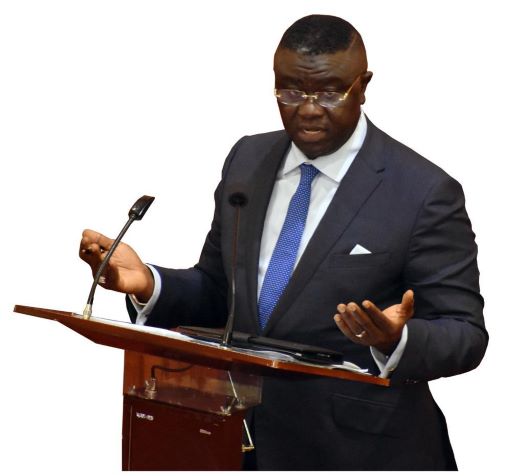 Minister of State for Budget and National Planning, Prince Clem Ikanade Agba, has stated that the provision of stimulus package by the Federal Government  will go a long way in preventing the country from plunging into deep economic recession.

Prince Agba stated this at a virtual roundtable discussion, among state and non-state actors, international organizations and donor agencies, facilitated by the Nigeria’s secretariat of Open Government Partnership (OGP).

The minister, who is a co-chair of OGP, led the discussion, which focused on ensuring an effective and inclusive stimulus as well as safety nets campaign for Nigeria as part of the response to the COVID-19 recovery.

The Minister said that the roundtable discussion was aimed at improving transparency and accountability as the country responded to COVID-19, especially with the Economy Sustainability Plan (ESP), adding that it would rebuild citizens’ support for and trust in government.

“The issues that we have is the disconnect between government and the governed; and, because of this disconnect, there is some kind of lack of trust, no matter how good the intentions government programmes are,” he stated.

According to the minister, “Mr President has signed up to the Open Government Partnership (OGP) just to ensure transparency and accountability and that we are able to engage our citizens as well as build trust in all that we do.”

He further stated that the meeting was to discuss the existing transparency mechanisms of government’s COVID-19 response and recovery plan and to further brainstorm on ways of improving existing mechanisms and systems.

The minister said that it was imperative to use the OGP to drive public participation and ownership of some of the programmes put in place by the government in response to the COVID-19 global pandemic.

Agba expressed concern over the core crises facing the country, which he outlined as health, humanitarian, security as well as economic crises.

He said that measures of preventing a deep economic recession could not, in the context of the current realities,  be overemphasized.

According to him, “we have had about 12 consecutive quarters of growth since the recession we had in 2016, which led to the Economic Recovery and Growth Plan (ERGP) being put in place.”

He stated that there were indications that Nigeria might be heading into a deep economic recession because growth was about 1.4 per cent as against 2.5 per cent growth that the country had in the last quarter of 2019, “hence the introduction of programmes and economic activities that would engender growth as well as help prevent the country from plunging into deep recession.”

Earlier, the co-chair and CEO of OGP, Mr Sanjay Pradhan said the meeting was important, stressing it that helped to give information about the provision of massive stimulus package for the vulnerable groups and the MSMEs as well the commitment to create employment as well as protect jobs for the citizens of Nigeria.

Mr Sanjay said that jointly,  stakeholders would achieve clarity in terms of road maps, roles and responsibility by collectively monitoring the money and ensuring it reaches to the beneficiaries.

He said there was a huge benefit to the Nigerian citizens who were made vulnerable by COVID-19 pandemic as “Nigeria is a member of the steering committee of OGP.”