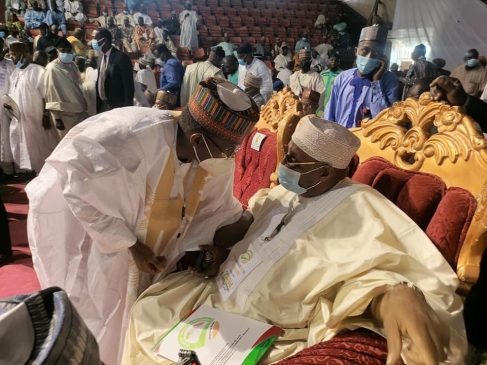 A former Governor of Bauchi State and erstwhile National Chairman of the Peoples Democratic Party, PDP, Dr Ahmadu Adamu Mu’azu, has returned to the PDP, according to a report by Idoma Voice.

The news medium reported that Mu’azu returned to the PDP at the ongoing North East Zonal Congress of the party.

Mu’azu had dumped the PDP in January 2019 for the All Progressives Congress before the general election.

What led to Mu’azu’s return to the PDP was not immediately established but there were indications that the State Hovernir, Bala Mohammed might have been largely instrumental to the significant political drift.

He stepped in the saddle as national chair of the PDP in January 2014.

The PDP as the ruling party lost the 2015 presidential election on his watch and was forced to resign as Chairman on May 20, 2015, nine days to the hand over of presidential power to the winner of that year’s election, Muhammadu Buhari by Goodluck Jonathan (who lost the prized presidential seat).

The jamboree visit to the Villa: My birthday offering, By Olabode...

Buhari presides over virtual meeting of Council of State