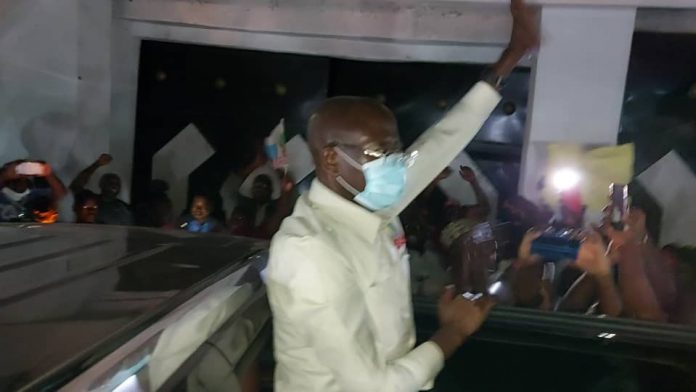 * Apologises to Edo people for installing Obaseki as governor in 2016
By John Desmond
In his characteristic ebullience, former Governor of Edo State, Comrade Adams Oshiomhole, has ignited the political terrain with a vow to ensure Governir Godwin Obaseki is swept out of the State Government House.
Oshiomhole stormed his Iyamho countrywomen Saturday night to a tumultuous welcome by thousands of members of the All Progressives Congress (APC), which he presided over as national chair until recently.
President Muhammadu Buhari had, at the party’s National Executive Committee (NEC) meeting on June 25, 2020, dissolved the Oshiomhole-led National Working Committee (NWC) in the heat of a protracted leadership crisis.
Addressing a crowd of party men and supporters, at his residence, Oshiomhole apologised to Edo people for supporting Obaseki to be governor in the 2016 election.
According to him, “I made my mistakes by supporting a man who has no vision for my people and judged a Pastor who genuinely loves his people.
“I am sorry…. I apologise to Edo people and promise to correct my mistakes by making sure the servant of God, Pastor Ize-Iyamu, Is elected as governor and kick the snake out of the Government House.
“From now till September 19th, I am here In Edo State because a political lion that I am, I am not scared of anything.
“The man (Ize-Iyamu)that is coming is not a stranger. He campaigned for me in 2012 and I won all 18 Local Government Areas in Edo State.
“So he knows the roots unlike the current governor who just became governor and doesn’t know the efforts people made to make him governor. 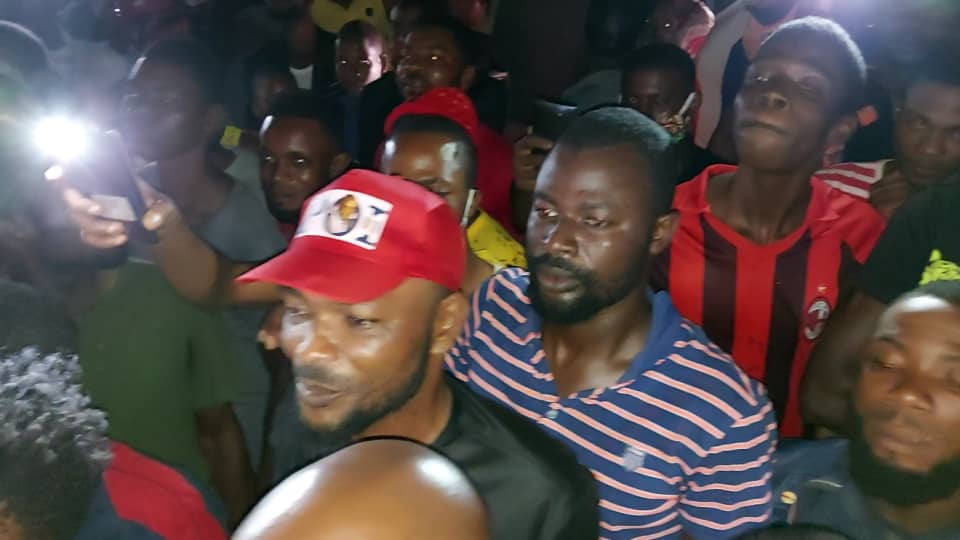 “We would kick out this MOU (Memorandum of Understanding) governor and/or replace him with a Pastor and sweep out the Coronavirus Party by the special Grace Of God.”
Oshiomhole also lampooned Obaseki as a fair weather politician who renounced his acclaimed progressive ideal just because of one incident:  his inability to secure the APC governorship ticket. 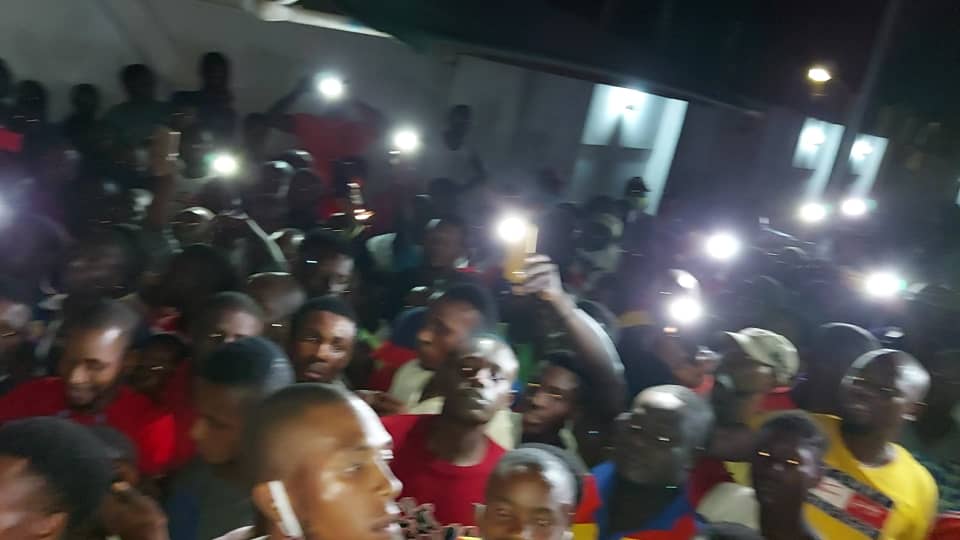 He insisted that, unlike Obaseki, he remained an unwavering progressive and believer in the APC.
According to him, “Because Obaseki lost APC ticket, he joined our opponents.  His only mission is Government House. Nothing more.
“I lost the Chairmanship but here I am, still remaining a Progressive. That’s the training we have; we don’t go to Church to look for miracles; we go to worship God. If miracles come, glory be to God; if not, we will keep worshipping God; we won’t decamp to join the devil….”
Please follow and like us:

Emigrate, but don’t burn your Nigerian bridge, By Olusegun Adeniyi,