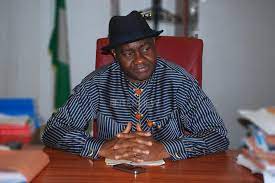 A  member of the Board of the Nigerian National Petroleum Corporation (NNPC), Senator Magnus Abe, on Tuesday, debunked his alleged involvement in a so-called $650m oil contract scam, insisting that it only existed in the imagination of those interested in ripping Nigeria off.

Abe, who is a former federal lawmaker, insisted that he would continue to defend the country’s interest.

He was reacting to a story titled: “Petroleum Minister, cronies plot kangaroo NNPC report to divert $650 million oil contracts to themselves.”

In a statement he personally signed, Abe noted that the report was designed to create the impression of a major scandal and arm twist (of) the federal government in the recent attempt to revoke some oil blocks from a foreign company, Addax petroleum.

While presenting the report, Abe stressed that aside the 3,000 jobs lost to the collapse of the facility in which Kaztec already invested over $650 million, after Addax declared a force majeure over an unrelated matter, monies invested in equipment were also wasted.

Abe explained that the committee was set up by presidential directive conveyed by the chief of staff to the president, saying that there was nothing in the committee’s assignment that involved the allocation of oil blocks.

“Addax was asked to pay. In response, they declared a force majeure on their exploration activities and cancelled their investments in the oil fields,“ Abe explained.

He added that the Nigerian company, Kaztec that had invested millions of dollars in the project with Addax was forced to bear the brunt of the entire dispute, which was actually between Addax petroleum and the Nigerian government.

“Nigerians must look beyond the needless sensationalism and ask the hard questions that need to be answered,” Abe stated.

He queried whether it was the company accused of tax fraud and abandoned its Nigerian investments for over 10 years or the Department of Petroleum Resources (DPR) that tried to hold them to account that should be held responsible for deceiving the president.

For the avoidance of doubt, Abe reiterated that the Kaztec committee was not set up by the minister of petroleum to award any oil block, neither is it the place of the NNPC to award or revoke oil mining licences.

He added that the committee report focused exclusively on measures and reliefs which the government “can legally extend to the company to salvage the tragic losses to an indigenous company.”

“There is absolutely no scam on oil blocks, or contracts involved in the Kaztec committee report. Issues of revocation, allocation and management of oil blocks are  exclusively the preserve of the DPR.

“In the light of the abandonment of the oil blocks, the lack of investment in the field, the colossal losses to the Nigerian economy by the actions of Addax, DPR was right to recommend a revocation of the mining leases issued to Addax in the national interest,” Abe said.

He urged those who have contrary interests to pursue them without destroying the nation’s economy , stressing that those peddling lies were trying to mislead the presidency.