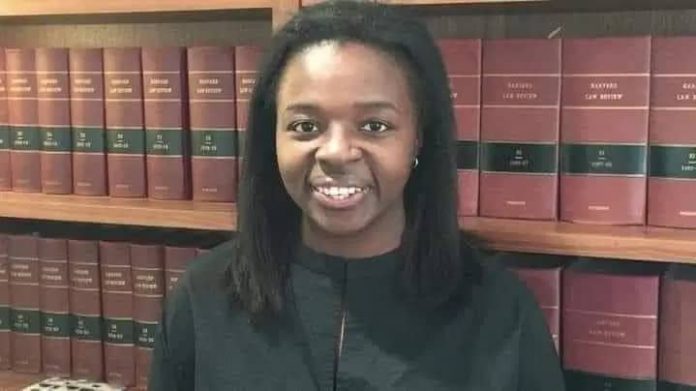 The prestigious Harvard Law Review has elected its first black woman president in its 130-year history.

Ime Ime Umanah, 24, from Abak Local Government of Akwa Ibom Stare is a daughter of the late Dr Ime Sampson Umanah, a Nigerian immigrant, according to a report by Gazelle News.

She grew up in Harrisburg, Pennsylvania. She’s a joint degree candidate at Harvard Law School and the Harvard Kennedy School of Government.

Umana was chosen by the Harvard Law Review’s 92 student editors in what is widely considered the highest-ranked position that a student can have at the cut-throat law school.

She is the first African-American woman to lead a journal that has the largest reach of any law journal in the world.

The difficult election process required a thorough dissection of her work and application, and a 12-hour long deliberation of her portfolio.

The first black man to be elected president was Barack Obama, 27 years ago, while it has been 41 years since the first woman, Susan Estrich, was elected.

Sweden’s Magdalena Andersson gets 2nd chance at being prime minister

Awori People: A brief history and belief of the original indigenes...

Further thoughts on Pantami’s fake Professorship, By Farooq A. Kperogi