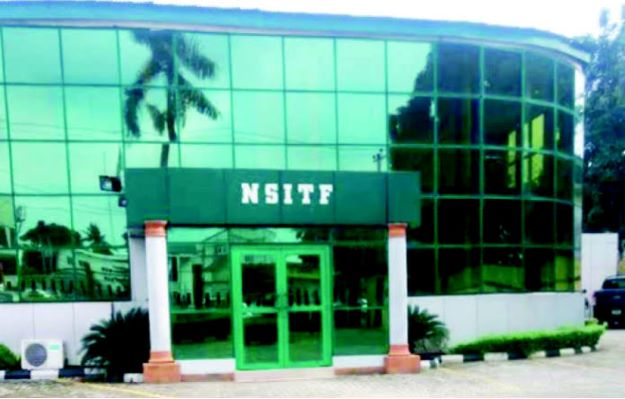 The Nigeria Social Insurance Trust Fund (NSITF) has claimed the ownership of the 46 property seized from the agency’s former Chairman, Ngozi Olejeme, by the Economic and Financial Crimes Commission (EFCC).
The News Agency of Nigeria (NAN) reports that the 46 property, including houses and parcels of land are located in states like Bayelsa, Delta, Edo and Abuja.
Justice Taiwo Taiwo had, on July 1, granted the ex-parte application by the EFCC for temporary forfeiture of the identified property.
Justice Taiwo directed the EFCC to publish the order in a national daily to enable anyone who is interested in the affected property to show cause, within 14 days, why the assets should not be permanently forfeited to the Federal Government.
When the case came up before Justice Taiwo, the management of the NSITF, through its Counsel, Okereke Ezechi, appeared before the court to claim ownership of the property.
Ezechi,, who filed a motion to that respect, urged the court to pass the property to NSITF should they be permanently forfeited to the Federal Government.
He said that NSITF was the principal victim of the alleged crimes purportedly committed by Olejeme, who served as the chairman of the agency’s management board between 2009 to 2015.
The lawyer stated that the property suspected to have been acquired by Olejeme, through proceeds of crime, were allegedly acquired with funds stolen from NSITF.
Ezechi, in a supporting affidavit, claimed that N62 billon was received during Olejeme’s tenure, but was allegedly diverted trough phoney contracts.
“NSITF received N62 billion as grants and mandatory contributions from the Federal Government and the private sector employers  for the implementation of the employees’ compensation scheme designed to  provide fair and adequate compensation to employees who are victims of workplace or work related injuries.
“Within the tenure of Ngozi Olejeme as the Chairperson of the Management Board of the NSITF, several contracts/consultancy services were not executed, but heavily paid for.
“Some of the contractors/consultants, who were awarded contracts and consultancy services running into billions of naira and never executed them, but fully pad by the NSITF under strict instructions from Ngozi Olejeme, are Excellent Solicitors & Consultants, who was paid over N1 billion under the guise of consultancy services which was never executed; Fountain Legal Services and Fountain  Media Consults was paid N5,984,056,110.00; Hybrid Investment Advisors Ltd, etc.
“During the tenure of Ngozi Olejeme as Chairperson of the Management Board of the NSITF, over N60 billion was transferred out of the account of the NSITF with instruction and authorisation by Ngozi Olejeme under the guise of payment for contracts and consultancy services purportedly executed in total breach of procurement requirements.
“The NSITF, since after the tenure of Ngozi Olejeme and following the monumental withdrawals from its account of monies amounting to several billions of naira, has been grappling with the difficulty of fully implementing the employees’ compensation scheme due to paucity of funds occasioned by the fraudulent misappropriation of funds contributed by the Federal Government and private employers for the scheme.
“It is so bad that the management board of the NSITF had to go borrowing funds to meet up with its statutory obligation of payment of fair and adequate compensation to employees who are victims of workplace or work related hazard and payment of salary to staff.
“The property listed by the applicant in this suit for an order of forfeiture were acquired by Ngozi Olejeme during the period she served as chairperson of the management board of the NSITF and the monies that she used in acquiring the said property were funds belonging to the NSITF,” the affidavit read in part.
It alleged that all legitimate entitlements or benefits of Olejeme  for the period she served as chairman of the management board of the agency could not have purchased her all the property listed in the suit.
NAN
Please follow and like us:

Respite: Oshiomhole is aggressively prepared now more than before to face...

International students to get 2-year British visa after graduation

Joe Igbokwe: When It’s a Crime to Love Buhari, Nigeria and...

Just in: Bernard Okumagba appointed to chair new NDDC board