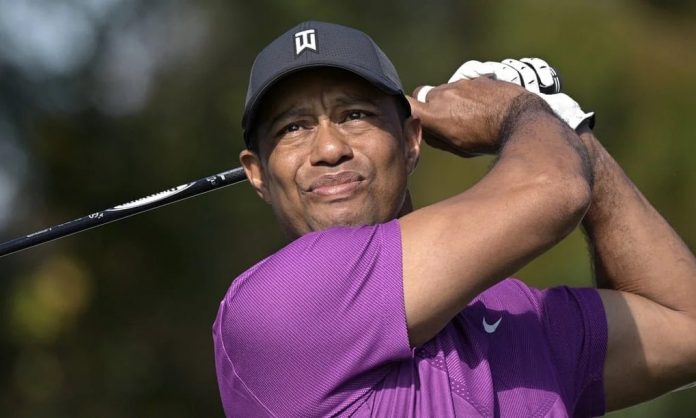 Tiger Woods has been taken to hospital with leg injuries after a car crash in which his vehicle suffered “major damage”.

The Los Angeles county sheriff’s department said it responded to a “single vehicle roll-over collision on the border of Rolling Hills Estates and Rancho Palos Verdes” around 7am local time on Tuesday.

TV footage of what is believed to be the crash site in suburban Los Angeles showed a car with damage to its front end just off the road on a hillside.

Firefighters and paramedics freed the golfer from the wreckage using the “jaws of life” and he was transported to Harbor-UCLA Medical Center by ambulance, where he is in “serious” condition and is being treated for his injuries, authorities said.

Woods was the only person involved in the accident.

Woods’s manager Mark Steinberg told Golf Digest that the 45-year-old “was in a single-car accident this morningi n California where he suffered multiple leg injuries. He is currently in surgery and we thank you for your privacy and support.” 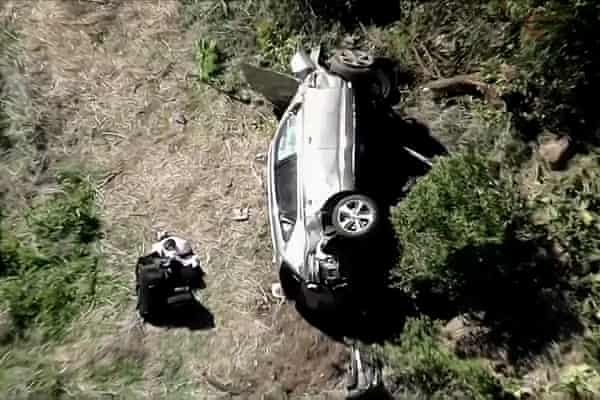 Woods had been in California for a video shoot and had attended the PGA Tour’s Genesis Invitational over the weekend. Woods has not competed this year after undergoing back surgery in January.

Justin Thomas, a fellow major champion and friend of Woods, expressed concern when told about the news on Tuesday.

“I’m sick to my stomach,” Thomas said at a press conference for the WGC-Workday Championship. “You know, it hurts to see one of your … closest friends get in an accident. Man, I just hope he’s all right. Just worry for his kids, you know. I’m sure they’re struggling.”

The PGA Tour released a statement shortly after news of the crash broke. “We have been made aware of Tiger Woods’ car accident today,” read the statement. “We are awaiting further information when he comes out of surgery. On behalf of the PGA Tour and our players, Tiger is in our prayers and will have our full support as he recovers.”

Jack Nicklaus, the 18-time major champion and lone name above Woods on the all-time leaderboard, said he was “deeply concerned” by the news in a statement.

“Barbara and I just heard about Tiger’s accident, and like everyone else, we are deeply concerned,” Nicklaus said. “We want to offer him our heartfelt support and prayers at this difficult time. Please join us in wishing Tiger a successful surgery and all the best for a full recovery.”

In 2017, Woods was arrested on suspicion of driving under the influence of drugs or alcohol in Florida after he was discovered passed out in his car. He later pled guilty to reckless driving over the incident. In 2009 he was involved in another crash near his home in Florida, which led to news that he had been unfaithful to his wife. The fallout led to Woods losing sponsors and he took an extended break from golf to address issues in his private life.

The 2017 arrest was seen by many as a turning point for Woods, whose career had slumped since the days when he was one of the most successful athletes on the planet. Less than two years later a rejuvenated Woods won the Masters, his first major championship since the 2008 US Open.

A recent HBO documentary explored Woods’s relationship with his late father Earl, and the golfer’s struggles to cope with his worldwide fame and the scrutiny that came with it. (The Guardian)

Tributes as Group Honors Clerk of House of Reps, Akubueze