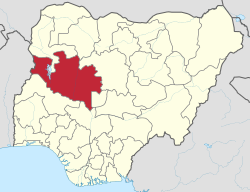 The Niger Salary Management Committee has disclosed that 3,057 civil servants on the state’s payroll were involved in scandals bordering on certificate forgery.

Alhaji Ibrahim Panti, Chairman of the Committee and the state’s Commissioner of Works, disclosed this during a press conference on Monday in Minna.

The News Agency of Nigeria (NAN) recalls that the Niger government recently set up a salary management committee to screen civil servants in order to ascertain the staff strength of the state civil service.

Panti explained that out of 26,387 names submitted by the office of the Head of Service, only 20,675 staff were screened.

He added that 3,057 staff had issues ranging from the falsification of credentials to outright forgery of certificates.

He said that out of 26,387 names given to the committee, only 25,861 staff registered with the committee on its portal, adding that 1,789 were yet to complete the screening process.

The chairman disclosed that 773 staff were yet to appear for screening while 340 were either dead or had retired from the state civil service.

Panti, however, said that the portal was still open for those yet to register, while those who had registered but were yet to be screened should come forward for the exercise.

He said that the time for the screening exercise would soon elapse and warned that disciplinary action would be taken against those found wanting when it is rounded off.

NCC resolves 99.2% of telecom consumers’ complaints in first quarter of...