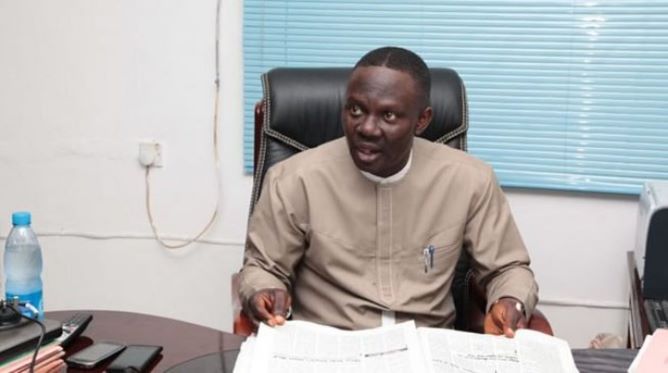 Though Prince Kassim Afegbua is a member of the Peoples Democratic Party(PDP), he is vigorously campaigning for the candidate of the All Progressives Congress (APC) in the September 19 Edo gubernatorial election.

In this interview conducted online, Afegbua queried the move by the Edo State governor to borrow N20billion in the eve of election.

Q. You have raised a lot of concerns about your party’s candidate, Governor Obaseki, which has made you to pitch your tent with the APC candidate. Isn’t this a clear case of anti-party politics?

A. There is nothing anti-party about my stand because we are faced with a matter of choice. When it comes to election of this nature, you look at the individuals and not about party. It is the same reason you see some Republicans endorsing Joe Biden against their own, Donald Trump. It is the reason Collin Powell could support Obama publicly. It is all about the state, and the nation if the election were to be presidential. When you are faced with such scenario, you make your choice. I have tasted Governor Obaseki for four years as governor of the state. I have seen his failures, which have made me to form my dissonance. It is now left for me to taste another candidate, who, in my estimation, will do better than the failed governor in terms of meeting my aspirations. That is why I am supporting the APC candidate.

Q. Aren’t you worried about being suspended or expelled from the party by your ward executives as a result of this your stance?

A. Even when you are suspended and or expelled, it does not change the narrative. Nobody can expel or suspend your thumb for voting. What is crucial is about your votes and those of your supporters. My Ward executives understand that I am fighting for communal interest and not personal. They understand the issues and they know that I want to see Okpella develop; so the idea of suspension does not cross their minds. When I go home, we will sit down, analyse what is good for the community, our roads, our schools and general infrastructure, then take a holistic decision. We understand ourselves because we live like a family. We are generally disturbed by the neglect of our community by Governor Obaseki, having promised us on four occasions to fix our roads. He failed in those four occasions and left us in limbo. Instead of fixing our roads, he was busy jailing our leaders and declaring our youths wanted. We cannot easily forget that.

Q. There are insinuations that the governor is planning to borrow N20billion at this time. In fact, there was a protest in Benin on Monday, July 13 against the plan to take this loan, what’s your impression?

A. I totally disagree with the intention or plans or proposal to take N20billion loan at this time of election. In the last strategy meeting they held,  Governor Obaseki’s camp was proposing to vote N20,000 for each voter, and they intend to capture 300,000 voters. That gives you around N6billion. They also intend to bring in militants and ex-militants to cause violence in places where they are weak.

A popular governor will not be looking for shortcuts to win election. He should dwell more on popular votes and not planning to manipulate the process. This is why they are desperate to borrow money because they had wasted so much getting the ticket. There is too much wrongdoing in Edo government despite the huge allocations. I am wondering why the idea of a loan at this time has become their pre-occupation. The government has been taking N700million monthly for security vote. That is huge when you look at Edo State average economy. Even at that, there is too much insecurity in the state; kidnapping, armed robbery, armed banditry and other associated crimes. What exactly is the Governor doing with such huge security vote?

Q. It does appear your quarrel with the governor might be a personal disagreement because a lot of people attest to the fact that the governor has delivered on promise. What do you say to that?

A. There is too much of deceit, fraud, pretentions, and opaqueness in Edo State business transaction, but those of us who are insiders cannot be blindfolded. It will shock you to know that no Local Government can boast of any capital project across the state. They are only specialists in paying half salaries because the government will not release their full allocation to them. Tell them to mention projects of Local Governments across the state. They would not see anything to show for that. Local Government chairmen do not have official cars, yet the governor is driving a bullet proof SUV.  There are some Commissioners that do not have office space, and official car. For example, the Commissioner for Agriculture does not have official car, yet N700million is being pulled out every month for security vote.

Again, the PDP barely three months ago, scored Governor Obaseki F9 in all the critical sectors of the state economy. Health F9, education F9, infrastructure F9, employment creation F9, housing F9, agriculture F9 and so many failed promises. What has changed to warrant gifting him the ticket? That is Nigeria’s double standard democracy. Governor Obaseki has performed woefully in delivering on his promises.

Q. If per adventure you are suspended, what will be your next step?

The issue of suspension does not cross my mind insofar I am at peace with my inner self. Party membership is voluntary, except you have political ambition. What is crucial to me is about development and growth of my community. We cannot be the geese that lay the golden eggs and yet suffer deprivations, neglect and abandonment. What accrues to government coffers from our limestone deposits runs into billions of naira yearly, but what do we get in return as host community? So, for me, suspension is not an issue since they cannot suspend my vote.

Q. What are those things you want to see done that have not been delivered by the state government under Governor Obaseki?

A. They are so many. The government has been one of tokenism and failed promises. There is too much of what we call “Obubuyaya” in Edo State, meaning, the more you look, the less you see. Too much of mere plastering and white washing, rather than build critical infrastructure. If it rains in Benin City, the people are endangered because of flooding and erosion. The governor abandoned the storm water project and refused to desilt the drains since 2017. He promised 3,000 kilometers concrete roads; he failed. He promised building Gelegele Sea Port, which millions have been sunk into; he failed. He promised 1,200 houses at Emotan Gardens, he delivered 50. He promised one health centre per ward; he failed. He promised 200,000 jobs; he failed. That was why the PDP in its assessment earlier this year, scored him F9 appropriately. Why they dashed him the ticket is left to be seen.  I want to see a bubbling health sector, education sector with sufficient teachers. I want to see equitable distribution of projects across the three senatorial districts.