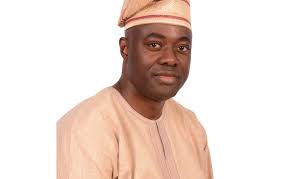 About 100 days ago, when I took the oath of office as the Governor of Oyo State, I set a goal. I shared that goal in my inaugural speech. The major thrust of that goal is to restore Oyo State to a place of pride. I did not dwell on the negatives then, I remain positive even now. I spoke about my campaign trail and what the people had told me. I continue to pay on-the-spot assessment visits and to take targeted actions based on my findings. For example, one of my assessment visits has resulted in the ongoing renovation of Adeoyo Hospital, Yemetu, including an upgrade of the radiography/radiology facilities.

Hope is a great value to have. But hope is about things you have not seen and as one writer said, ‘hope is better served as breakfast’. When promises are made, it is so that people may believe something good will come in the future. So, campaign season is always a period of making promises, of feeding hope. But as our people say, “dry smoked fish is delicious, but what is one to eat before the fish is smoked?” Yes, it is good to have hope, but it is better to see promises fulfilled.

I have chosen to document our accomplishments not because I intend to boast. Rather, I am going on record so the good people of my state can place my campaign promises alongside my actions, and so they can reference the documentation and judge for themselves whether they are true or not. While at the same time, answering the all-important question they must keep asking at regular intervals over the next four years: Did we make the right choice?

Indeed, the bedrock of all my engagements has been transparency, accountability and inclusivity. I have come forward with clean hands. This is why within two months of my becoming governor, I published my declaration of assets. I have also looked beyond party lines, age, gender and other considerations to find the best crop of individuals to implement my vision for Oyo State. These appointments are not to score political points, they are a clear demonstration of my commitment to excellence.

I appointed the first-ever female Secretary to the State Government, a woman of class and distinction, Mrs Olubamiwo Adeosun. In the same vein, my Commissioner for Youth and Sports, Seun Fakorede, at 27, has the versatility and charisma to turn around the fortunes of Shooting Stars Sports Club, and move us from the relegation zone to making a mark in the professional league. Other members of my cabinet are technocrats who have proved their mettle in various fields.

Permit me, therefore, to put on record some of the promises my administration has kept in the last 100 days in the areas of education, transparency and accountability, security, and agricultural investment and development.

In the area of education, which is the foundation for sustainable development, we have ensured an upward review of the education budgetary allocation from about three per cent by my predecessor to 10% in the 2019 budget cycle; donated my salary for the next four years to the Oyo State Teachers’ Pension Fund in fulfilment of my campaign promise; payment of N1.4bn as gratuity to about 1,000 teachers who retired between 2010 and 2012; cancellation of the N3,000 school fees for senior secondary school students, to encourage the enrolment of some of the 400,000 out-of-school children in Oyo State; abolition of entrance examination fees from Primary School to Junior Secondary School 1, which led to an unprecedented large turnout of pupils to write the entrance examinations; procurement of over two million exercise books for over 450,000 pupils in Oyo State public primary and secondary schools; inauguration of panels to look into the issues affecting the smooth running of Ibarapa Polytechnic, Eruwa, and Oke Ogun Polytechnic, Saki; and provision of the law school students’ bursary to the unprecedented amount of N500,000. The bursary payment had been suspended since 2012.

In the areas of transparency and accountability, which remain the bedrock of a stable economy for Oyo State, we set up a Due Process Office within two weeks in office and appointed a Director-General, Ms Tara Adefope, to signify our administration’s readiness to run a transparent and accountable government; transmitted an Executive Bill, the second in less than 60 days named, the Oyo State Financial Crimes Commission Bill, to the Oyo State House of Assembly. The bill is to establish a state financial crimes commission to ensure transparency and accountability in both the public and private sectors in the state; and the inauguration of a 10-man committee to review contracts awarded by the Oyo State Government between 2017 and 2019 to ensure public funds are being allocated and utilised judiciously.

In the area of security, the strategic fulcrum for growth, we hosted the Development Agenda for Western Nigeria Commission Security Summit to advocate a regional approach to security challenges in South-West Nigeria; procurement of 100 vehicles for use by the security agencies in Oyo State; took a firm and decisive action to forestall the escalation of the leadership tussle in the Nigerian Union of Road Transport Workers, Oyo State, which threatened the transport architecture of the state, by proscribing the union and preventing a breakdown of law and order while working for a quick resolution between factions; provided a resolution of the butchers’ crisis at Ibadan Abattoir; hosted the South-West Geopolitical Zone Security Summit, convened by the Inspector-General of Police, to discuss measures the Nigeria Police Force, in partnership with other security agencies, is putting in place to address insecurity in the region.

A key factor in maintaining security in the state is giving people a sense of belonging through inclusion. To this end, I granted amnesty to 35 prisoners on June 12 to mark the Democracy Day; set up a committee to look into cases of wrongful dismissal of civil servants in fulfilment of a campaign promise; inaugurated a State Advisory Council made up of members across party lines to advise the government on the implementation of its development programmes and policies; and reopened and renamed “Freedom Bridge,” the overhead bridge linking the state secretariat to signify a new dawn in Oyo State.

In terms of investment and development that would be made to count for the good people of Oyo State, I transmitted the first Executive Bill, Oyo State Investment Promotion Agency Bill, to the Oyo State House of Assembly. The bill is to initiate, promote and facilitate investments in the state; held strategic meetings with the World Bank representatives to fast-track developmental projects which the bank is assisting with, and with the Federal Airports Authority of Nigeria where we promised to assist with improving the infrastructure and security at the airport thereby opening up Oyo State for investment and trade; inaugurated and received an economic and investment report from Oyo Ile Investors’ Forum, a non-governmental organisation; held strategic engagement with agri-sector stakeholders during the Oyo State Agribusiness Strategic Planning Retreat which included a tour of the renowned Songhai farms to replicate the model in Oyo State; entered a public-private partnership arrangement with agritech company, Farmcrowdy, to commence a three-year plan working with 50,000 farmers to boost agribusiness in Oyo State.

Fully aware of the role cash flow plays in economic development, I ensured that salary payment is done on 25th day of every month; made a payment of N280m for pensions and gratuity to 100 civil servants on Grade Level 1 to 17 who retired in 2012.

I restate my commitment to increasing and improving the fortunes of Oyo State. Our state is blessed with an abundance of human and natural resources. My job is to harness these resources for the growth and development of Oyo State people. I have chosen a team to work with and I am confident that together, we can accomplish the task of building Oyo State. As usual, I ask for your support and prayers.

The time for political acrimony is over. It is now time to unite for development.  The nexus between commitment to good governance by government and the sincere and honest discharge of basic civic responsibilities by the populace, enthrone a society where there is a return on investment.  Good health or the well-being and an educated polity invariably lead to the exploration of economic opportunities that abound and all these can thrive immensely in an environment of peace and stability for the general good of all. Now is the time to identify with development and prosperity. I, therefore, call on all investors in Nigeria and in the Diaspora to come and stamp their footprints in the Pacesetter State. Oyo State is ready for business; Oyo State is set for progress. Oyo State is on the move.