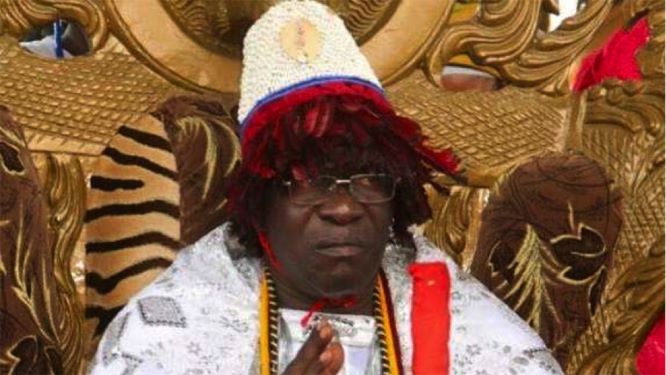 Attah-Igala and President Kogi Council of Chiefs, Dr Micheal Idakwo Ameh-Oboni ll, has dissolved the Board of Trustees (BOT) and the National Executive Council of the Igala Cultural Development Association (ICDA).

The Royal Father has also endorsed the constitution of a 20-member Interim National Working Committee to run the affairs of the foremost socio-cultural association in the kingdom.

Ameh-Oboni ll disclosed this in a statement signed on his behalf by his Secretary, Mr Yunusa Idachaba, and made available to the News Agency of Nigeria (NAN) on Saturday in Lokoja.

The Attah-Igala decried the recent events in the ICDA, pointing out that its activities fell short of the age-long aspirations of the Igala Kingdom.

In particular, the paramount ruler noted the wrangling between the BOT and NEC of the ICDA over the proposed hosting of an annual AGM and the granting of awards to some prominent Igala sons and daughters scheduled to hold in Anyigba on Sunday.

However, the Attah-Igala expressed his desire to see a united and progressive association that would contribute to the unity and development of Igala Kingdom, Kogi and the entire country.

Meanwhile, the chairman of the newly constituted interim committee of ICDA, Chief Samuel Oyibo, has appealed for understanding and cooperation of individuals and groups within the association.