World Bank has advised Nigeria on steps Government must take to ensure rapid economic recovery of the country.

In its latest Report on Nigeria titled “Resilience through Reforms”, the World Bank said despite signs that the country’s economy had started to grow again, prices had continued to increase rapidly, severely impacting Nigerian households.

The report, which was released in Abuja on Tuesday, noted that as of April 2021, the inflation rate of 18.12 percent was the second-highest in four years after attaining 18.17 percent the previous month.

Food prices accounted for over 60 percent of the total increase in inflation, with rising prices pushing an estimated 7 million Nigerians below the poverty line in 2020 alone.

The report acknowledged notable government policy reforms aimed at mitigating the impact of the crisis and supporting the recovery, including steps taken towards reducing the subsidy levels for petroleum products imports and supply and adjustments in electricity tariffs towards more cost-reflective levels.

The report also highlighted both the Federal and State government’s efforts to cut down on non-essential spending and redirect saved resources towards the COVID-19 response. 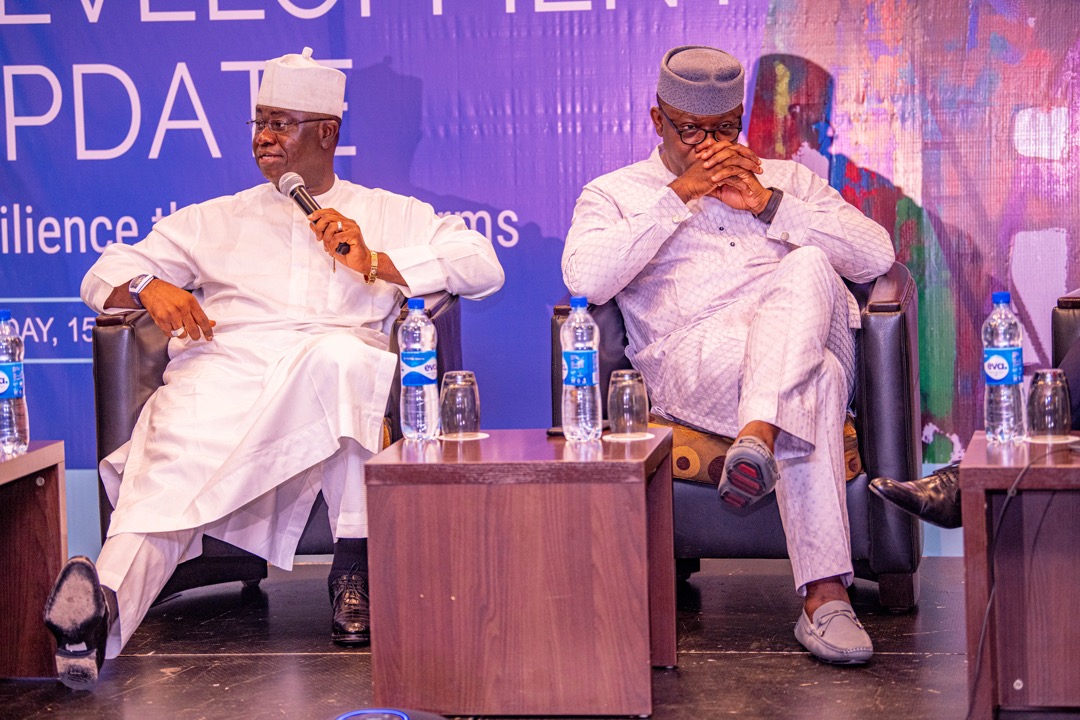 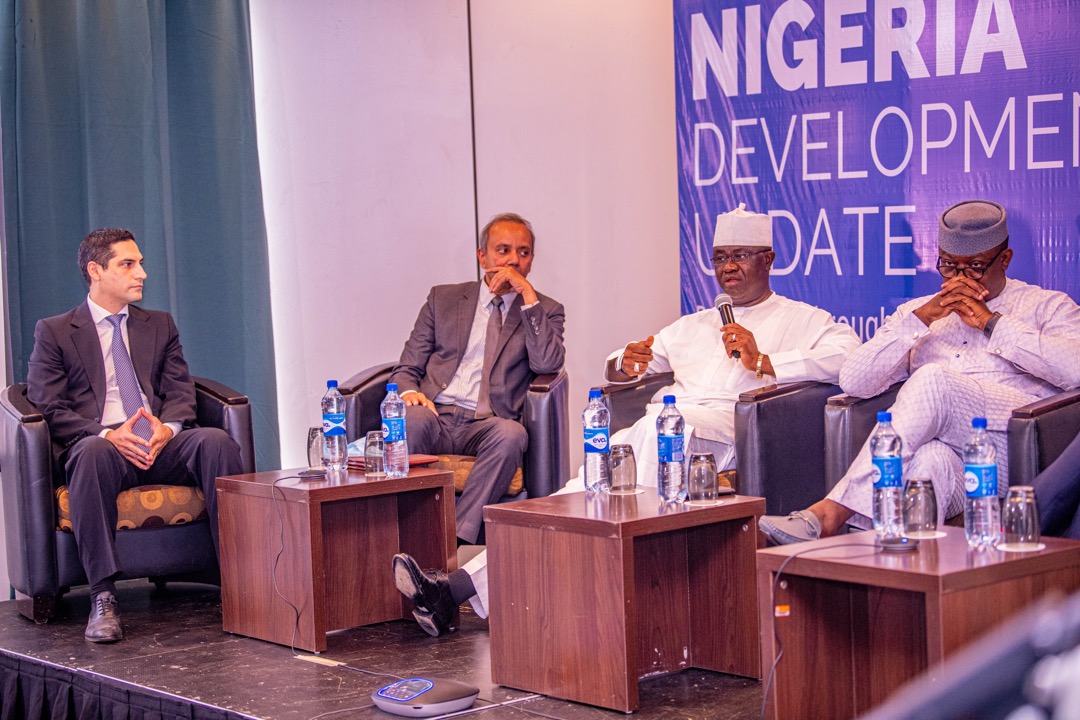 Besides, the report noted improvements in public-sector transparency, particularly around the operations of the oil and gas sector, with the Nigerian National Petroleum Corporation (NNPC) continuing its policy of publication of accounts of activities and earnings.

The report underlined the critical importance of a clear policy on exchange-rate management by the monetary policy authorities, trade and fiscal policy, as well as social protection of the poor and the vulnerable.

Specifically, the report recommended increased transparency and predictability of exchange rate management policies to reduce distortions in allocations in the private and public sector; and to ensure agents can access foreign exchange in a timely and orderly manner, at an approved rate.

“Clearly defined monetary-policy priorities and objectives, with price stability as the primary goal. The resumption of naira-denominated open-market operations (OMOs) based on a transparent issuance schedule, and signals to markets that OMOs will use short-maturity securities to achieve price stability.

“Full and effective reopening of land borders for trade and strengthening regional cooperation to combat smuggling; facilitation of imports for staple foods and medicines by removing them from the list of foreign exchange (FX) restrictions and replacing import bans and with tariffs that align with the ECOWAS Common External Tariff; establishing mechanisms to monitor and report the federal government’s stock of Central Bank overdrafts to control the growth of the money supply,” it said.

Besides, the report also called for the full elimination of the petrol subsidy; and the design of sequenced reforms to mobilize domestic non-oil revenue in a way that does not affect the economic recovery, including increasing excise taxes on harmful consumption goods, rationalizing tax expenditures, removing loopholes in tax laws, and improving tax compliance by strengthening revenue administration.

In addition, the Report called for the complementing the NASSP with the National Home-Grown School Feeding Programme (NHGSFP) to strengthen the food security of vulnerable households in 26 States: and rapidly implement the World Bank-supported CARES project to support households, farmers, and firms.

However, the report said the recovery would be driven by rising oil exports and domestic demand, although high inflation and high unemployment would exacerbate macroeconomic risks, with activities in the tertiary sector not expected to fully normalize unless COVID-19 was contained.

“By the end of 2021, Nigeria’s GDP is likely to approach its 2010 level, thus reversing a full decade of economic growth. GDP per capita is projected to continue declining because the economy is forecast to grow more slowly than the population.

Following the outbreak of the coronavirus pandemic in late 2019, which ravaged and devastated the global economy, the Nigerian economy in 2020 plunged by 1.8 percent, into its second deepest recession since 1983.

To protect the economy from sinking deeper into a recession, the Federal Government introduced a rash of measures, essentially to set the policy foundation for a strong recovery. 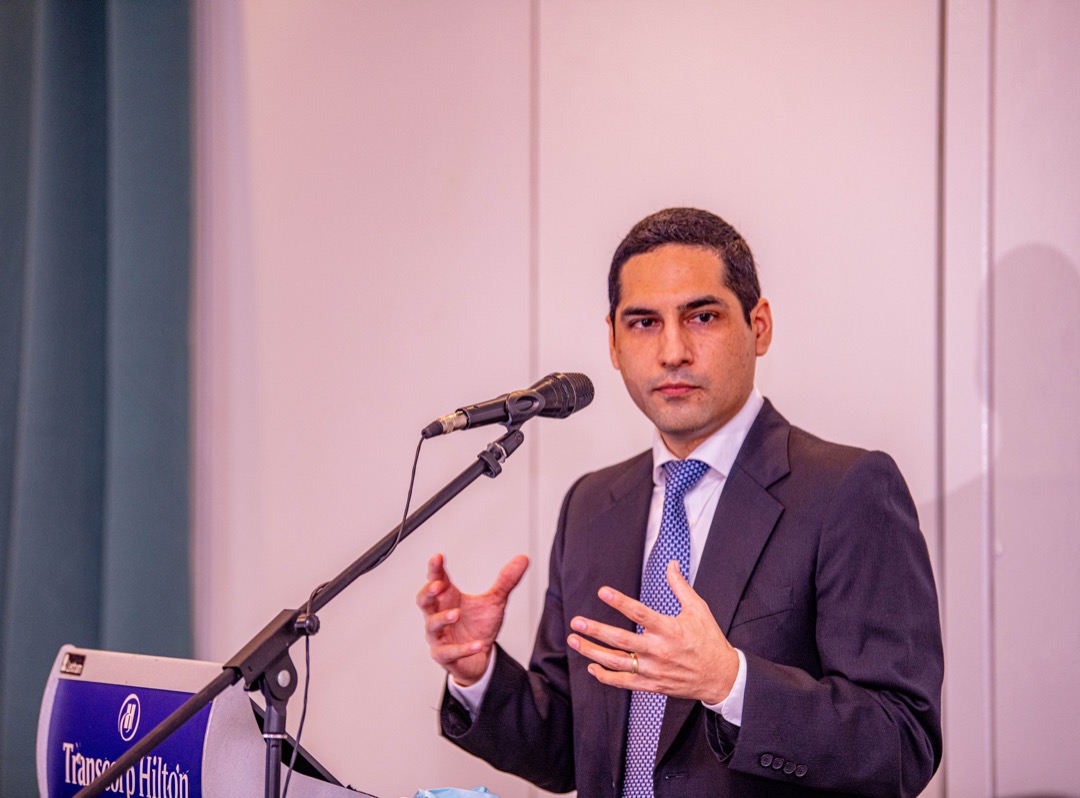 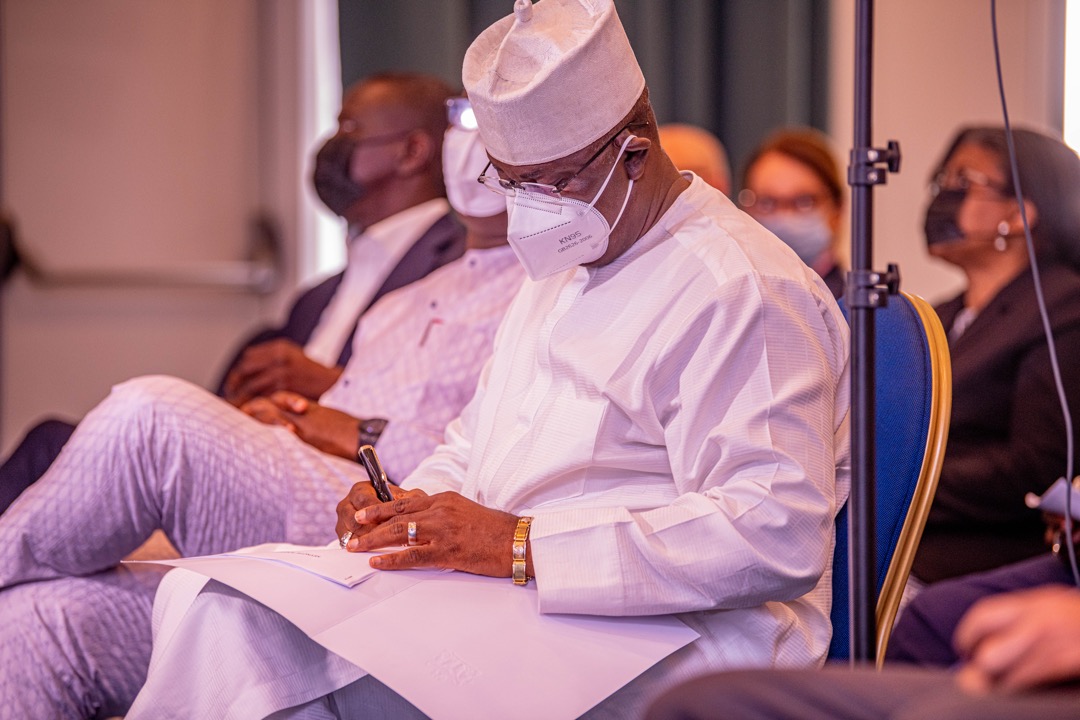 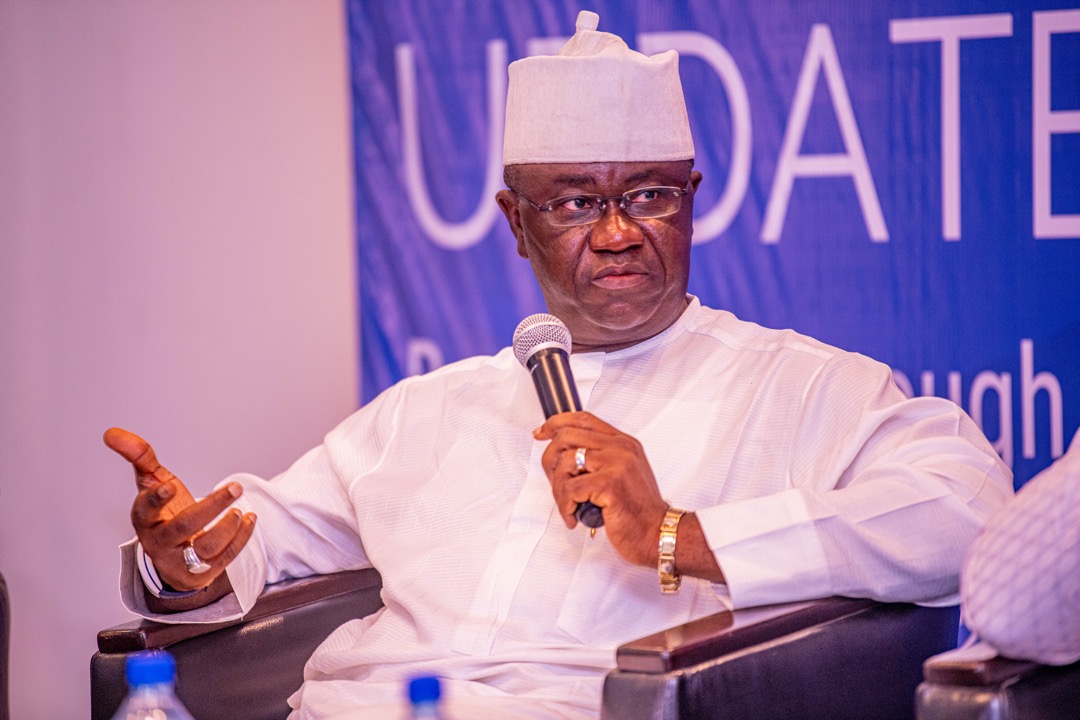 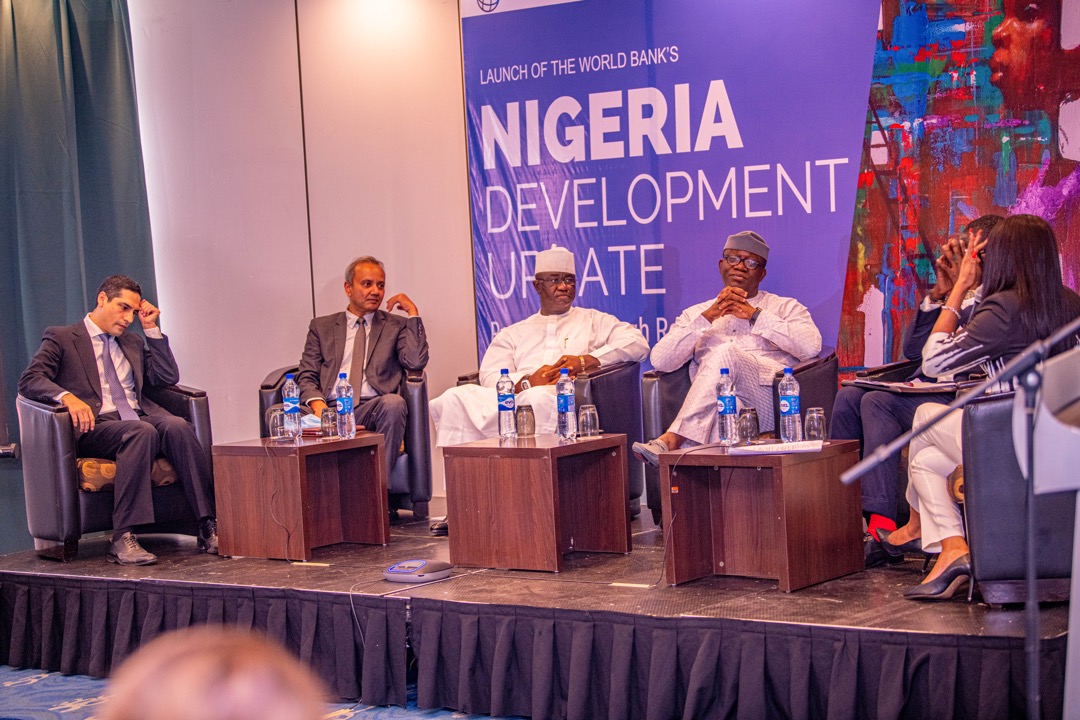 The policy measures included reforms to alleviate the impact of the recession on the economy and to create additional fiscal buffers to curb inflation, protect the poor and vulnerable and support rapid economic recovery.

As a result of the intervention, the economy staged a remarkable recovery from a decline of 6.6 percent to about 3.2 percent, and later a marginal positive recovery of 1.1 percent in the first quarter of 2021.

Expert projections were that the economy was expected to grow by about 1.8 percent in 2021, amid high uncertainties surrounding the performance of crude oil prices and demand at the international market. Crude oil prices rose to about $73.46 per barrel on Monday, from $71.72 per barrel at the close of trading on Friday.

“While the government has made efforts to reduce the effect of these by advancing long-delayed policy reforms, it is clear that these reforms will have to be sustained and deepened for Nigeria to realize its development potential.”

The immediate policy recommendations include a reduction in inflation by implementing policies that support macroeconomic stability, inclusive growth, and job creation; protection of poor households from the impacts of inflation; facilitation of access to financing for small and medium enterprises in key sectors to mitigate the effects of inflation and accelerate the recovery.

“Given the urgency to reduce inflation amidst the pandemic, a policy consensus and expedite reform implementation on exchange-rate management, monetary policy, trade policy, fiscal policy, and social protection would help save lives, protect livelihoods, and ensure a faster and sustained recovery” the World Bank Lead Economist for Nigeria and co-author of the report, Marco Hernandez, said. 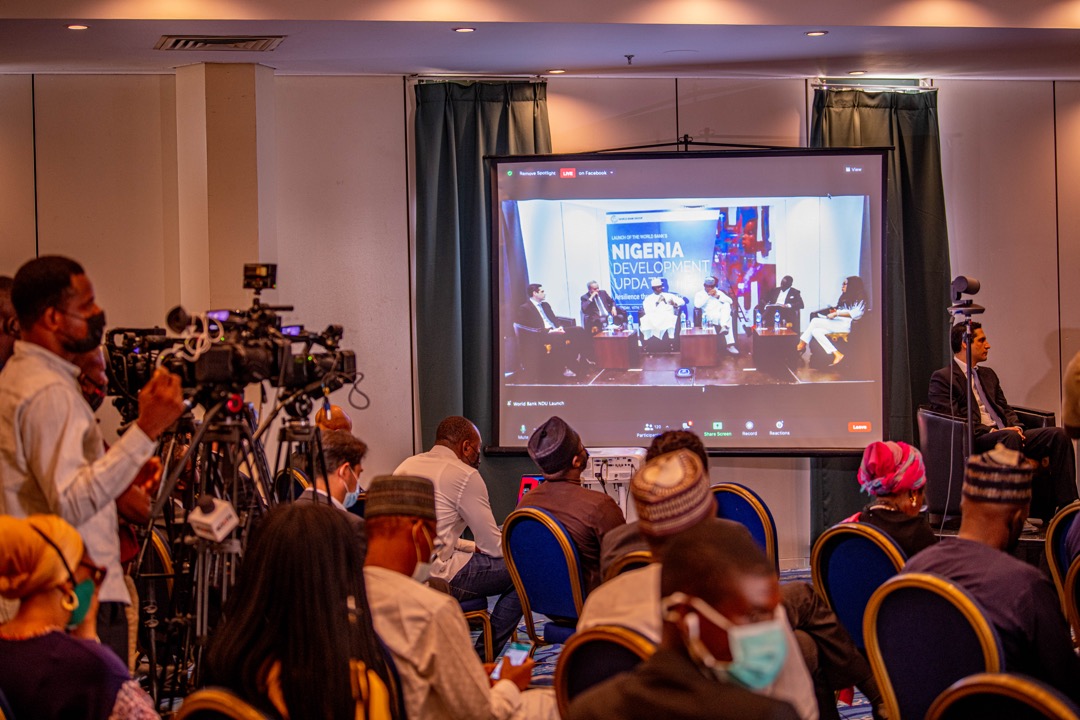