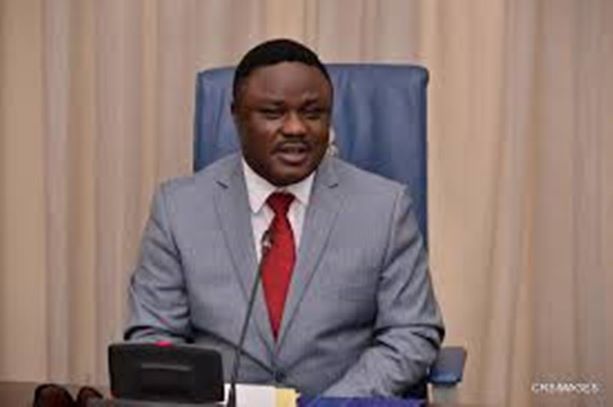 Cross River state governor, Professor Ben Ayade said at the weekend that while his administration was crystallizing industrialisation of the state, private investors were needed to drive it.

The governor made the assertion while conducting the President of the Coscharis group, Dr Cosmos Maduka, round the administration’s projects in Northern Cross River.

Elated by what he saw, especially a section of the 274km Superhighway linking Cross River with Northern Nigeria, Maduka said he was willing to invest in the state.

According him, before his visit, he had always dismissed the project as a facade, hinting that Coscharis, a multi- sectorial conglomerate, would explore the possibility of maximising investment opportunities that abound Cross River.

“Absolutely what we are seeing here is incredible to say the least. It is better seen than imagined. Anytime you hear news about the superhighway from Ikom all the way to Benue State, everybody says forget it, he doesn’t know what he’s talking about.

“One day I asked His Excellency, where is this superhighway? He said do not worry, one of these days I am going to take you there. And I asked, are you just planning to start it? He said, No, 90km of it is waiting to be asphalted. And today I am standing on the road myself and I am just short of words to say the least.

“We came in here yesterday, we have looked at the British international school, we went to Obudu, we have seen the hospital being built, we are just coming from the airport and I was wondering where he is getting the resources to do all these. What we are seeing here is capacity of thinking, of brainstorming”, Dr Maduka said.

The Coscharis President, who disclosed that the conglomerate has investments around Africa, said he was disposed towards investing in Cross River.

“Cocharis is looking for business opportunities. We are doing something in Anambra State in a very massive way in agriculture.

“We are looking at opportunities in agriculture, so if opportunity presents itself we will take a stake in this place. We are willing to invest.

“The president of Malawi is asking me to come and invest there. If I find a better opportunity here in Cross River, I will invest instead of going anywhere,” he said.

Meanwhile, the governor described the Coscharis boss as “a core investor with credible track record”, adding that he was encouraging him to invest in Cross River.

Ayade said: “The reason Cocharis is here in Obudu is to ensure that the specialist hospital here becomes a reality. He is the representative of Siemens and that hospital is going to be equipped by Siemens.

“As a core investor, as a man with credible track record, a man who has a history of consistent success from start to finish, we believe that a handholding with him will bring great success to Cross River State. That is basically the philosophy that underlines our decision to have him go through all of our projects.”

According to the governor, as a major investor in rice production, he would like Coscharis to invest in the ultra-modern rice mill in Ogoja which was nearing completion.

He said, “We will be encouraging him to buy into the supersonic ultra modern rice mill. It will blow his own mind because I know he has one.

“For Cross River State, we are only catalyzing industrialization process, but Cross River does not intend to run all of these assets and investments. So we are looking for businessmen that have succeded in their private capacity from start to finish. Nobody will say he doe not know Dr. Maduka in this country.”

He again reiterated the imperativeness of the Superhighway, saying it remained central to the Nigerian economy.

“It has become very critical for this country to recognize that the superhighway is the real epicenter and the neckpoint through which there will be harmony between the North and the south.

“When the people of the southern part of Nigeria look unto oil, the people of the North look unto solid minerals but they need an evacuation and an access to the Atlantic coastline to be able to have full utility value of the great assets and deposits of the northern of Nigeria,” he stated.

Amendment to Electoral Act will guarantee reduction in violence – Lawan