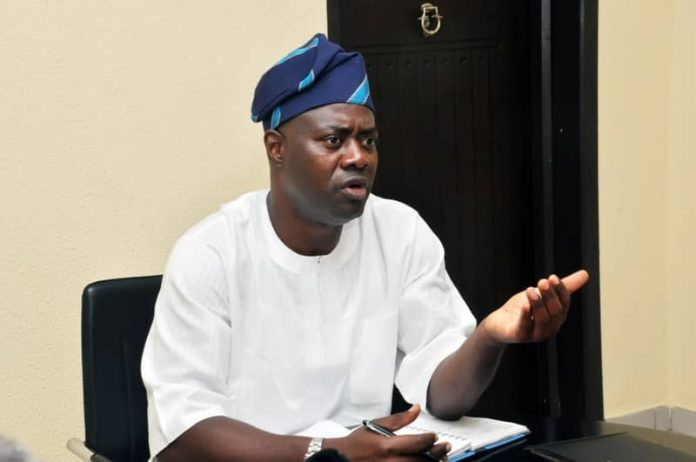 Oyo State Governor, Engineer Seyi Makinde, said on Sunday that his government is strong on welfare issues because of his determination to turn around the standard of living in the state.

According to a statement signed by Chief Press Secretary to the Governor, Mr. Taiwo Adisa, the Governor, who was represented by the Secretary to the State Government, Mrs. Olubamiwo Adeosun, at a special service to mark Nigeria’s 59th Independence anniversary, held at the St. Peter’s Cathedral, Aremo, Ibadan, added that his government has so far emphasised the welfare of the people in order to create a good life for all.

“Our focus has been on the welfare of the people so far and that is because we are determined to turn around the standard of living of our people. There are many more programmes in the plans for the people of Oyo State. What we will ask of you is to keep on supporting and praying for the government,” the Governor said.

He added: “I am impressed by the quick turnaround we have been able to effect at the Adeoyo State Hospital, Ring Road, Ibadan, within 100 days in office. It is a signal we can do many more as we continue to focus on the four key pillars of Economic expansion, Health, Education and Security. The students are back to school and you have also seen our intervention in the area of education. These good things will not be limited to Ibadan. They will be all over Oyo State.”

While delivering a sermon titled “Righteousness exalts a nation,” Provost of the Church, the Very Rev A.A. Adebiyi said that nations of the world must learn from the good and the bad deeds of three kings recorded in the Bible including Ahab, Jeroboam and Ahaziah, who kindled the wrath of God against the people of Israel at different times.

He said that righteousness refers to general moral integrity, being pure and truthful in all dealings both in public and private lives.

He said that the opposite of righteousness is unrighteousness, which he said degrades a nation.

He said that Nigeria had sunk into a state of depreciation in moral fibre because of the lack of truthfulness and moral integrity.

“The problems of today might not just be traceable to the youths of today. The leaders of yesterday broke the bridges of the good life as soon as they crossed the river because of a lack of integrity. Nigeria needs serious prayers to return our country to the path of peace and progress,” the Provost said.

He also said that the rich must be careful and show compassion to the poor, as according to him, the country was already tilting towards a revolt of the poor.

He added: “The poor have in a way started oppressing the poor. What happens when you hit an Okada [commercial motorcyclist] is that they will surround you and if care is not taken, they will beat you up before the law enforcement agents arrive the scene.

“What defines a nation is the character of its people. Let us change our character in Nigeria to build a healthy country.”

Chief Press Secretary to the Governor of Oyo State

Buhari pledges to use football for national development, unity