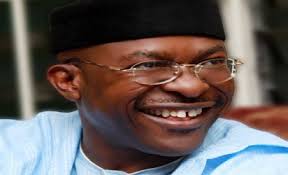 Wonders shall never end! In the past one week, I have watched with keen interest the drama being acted by my governor, Godwin Nogheghase Obaseki of Edo state, over the so-called Award by the Nigeria Union of Teachers (NUT) and I feel ashamed as an Edo man that Governor Obaseki has accorded importance to this frivolity.

I will not blame the leadership of the NUT that gave him the Award because it might not have been able to access the full information about the governor’s activities and performance in the entire education sector in Edo State. Assuming that it even had access to full information in that regard not to engage in such a charade and absurdity, other exogenous factors might have conspired to compel it to do so.

I have a strong hunch that Governor Obaseki may have sponsored the activities related to the said NUT award ceremony with Edo tax payers’ money . The event itself was not only preposterous but fruitless exercise in image laundering. It was a writ-large effort at appropriating statewide popularity; whereas, in reality, the governor is only basking in the transient euphoria of bogus popularity and deceptive populism.

Therefore, I have decided to enlighten my good people of Edo State and others whom he may approach for more Awards in the future to first interrogate the governor on the projects he had embarked upon and completed in the three years of being in the saddle. That will either validate or invalidate his claim to such awards.

I decided to react to the charade of the NUT Award because it was, indeed, very painful that the Award came from teachers who are one of the major victims of this administration’s failures and foibles. Our party, the All Progressives Congress (APC), is a progressive party and not one built on deceit; so, I decided that I would not allow this deceit from this governor to linger.

Our teachers may not know this: since Obaseki assumed office as Governor of Edo state, he has decided to shut down most of the educational institutions, that operated during the tenure of his predecessor, Comrade Adams Oshiombhole, who today is the National Chair of the APC. Thousands of teachers in the state have been rendered jobless while students of these institutions have become hopeless because there are no more schools to attend. The privileged ones were able to secure admissions in other schools.

Governor Obaseki has not told Edo people why he dismissed a successful Benin man, the Provost of the College of School of Agriculture, Iguoriakhi, Dr Obasogie and the entire Benin /Edo people lecturing/working in an institution that was already producing HND graduates, and recognized by NYSC before Obaseki was elected as the governor of Edo State. He has brazenly refused to obey the judgment of the National Industrial Court, Akure Judicial Division, delivered by Justice O. O. Oyewumi, on the 2nd of July 2019, which declared as null and void the closing down of the College of Agriculture Iguorakhi by the governor.

The court had declared that staff members of the College were statutory staff members and could only be sacked according to public service rules. The Court had ruled that the annual subventions of the College be released to enable the College resume normal academic work and further asked the state government to immediately pay the salaries and other entitlements of the workers forthwith. As a matter of fact, a worthy  son of Benin Kingdom, Dr. Ehiogie West- Idahosa instituted the law suit as counsel to  these sacked teachers and students of that institution.

So you ask, what manner of a governor in this democracy will violate the judgment of a court, relish in his decision to sack teachers and close educational institutions; and, yet has the gut to accept an Award from the tribe of teachers as the best governor in the country?  Today, these sacked teachers have not received their salaries; and, unfortunately, some of them had lost their lives after they lost their means of livelihood.

I challenge the NUT who gave him that Award to go and investigate these facts if actually they were meant to carter to the welfare of their members. Governor Obaseki has also yet to tell Edo people why he closed down the former College of Education, Ekiadolor, an Institution that was creating employment, economic activities and civilization for Ekiadolor/Benin community. That institution was upgraded to a University by the administration of Governor Oshiomhole, but as we speak, the staff, teachers and students are marauding the streets of Benin City due to the decision of governor Obaseki to shut down the institution. So what manner of Award is being given to him?

The NUT must ask governor Obaseki how many schools he has built since his assumption of office as governor of Edo state and how many teachers he has employed as governor. Because Edo people who cannot be deceived by his antics are aware that the only schools that still exist in Edo today are the red roof schools built by Comrade Oshiomhole’s administration in all the nooks and crannies of the state. I challenge the governor to point to any new school he has constructed in any of the 192 wards of the state in his first three years reign as governor.

It is more painful that the state government decided to expend Edo tax payers’ fund in transporting LGA chairmen, members of the State Executive Council to Abuja to receive that unmerited award with a view to deceiving Nigerians that he is a performing governor when he is not. The governor was able to deceive our leader, Oshiomhole, who thought he was competent and, therefore, single-handed made him governor of Edo state, but I want to state that he cannot fool Edo people anymore and that is why we have said ENOUGH IS ENOUGH!

We see on social media everyday how our pupils and teachers suffer each time it rains inside their classrooms because there are no roofs on their schools’ buildings anymore; yet, governor Obaseki spent tax payers’ money to showcase himself at Eagles Square to receive an Award from Teachers. REALLY! This is a governor who was Chairman, Economic and Strategic Team during the tenure of governor Oshiomhole.

He was part and parcel of the decisions to build the 5-star Central hospital; the N30billion Benin Water Storm Project and the red roof revolution in our schools. But all these projects he abandoned on assumption of office, forgetting that Comrade Oshiomhole was able to market him to Edo people on the grounds that he was going to continue with those laudable projects. Rather than blame his administration over the current flooding being suffered by residents of Benin due to his failure to continue with Water Storm Project, he and his social media urchins went to blame the Oshiomhole administration and the NDDC, which is a Federal Government institution.

I feel sad because what attracted most of us to the APC were the development strides of the Oshiomhole’s administration in Edo state when he was governor. But today that glory had long been eroded due to the activities of a clueless governor who is on a mission to destroy APC, which is the party that gave him the opportunity of becoming governor of Edo state. If Obaseki is taking an Award in signing MOUs, that would have been understandable because Edo state has expended several billions of naira in the signing of MOUs and has yet nothing to justify those agreements.

So, I want to advise governor Obaseki, that if at all he still has any form of integrity in him, he should relinquish that Award and return the fund expended on funding the inanities connected with the event, to the coffers of the state.  The funds expended for that failed ego-seeking event must be accounted for. This governor has abandoned the policies of our party, the APC, which were nurtured over the years by our leader and national chair of APC, Comrade Oshiomhole, and we will not allow the party to die in Governor Obaseki’s hands.

I am glad the Governor has agreed he is not giving money to politicians in Edo State; so, we will like to see what he has done with the funds of the state in three years in office. We will ask that question by November 12, 2019. That day, we will assist the governor to review progress made by his administration and how the government has impacted on the lives of the electorate.

Some of us are too big to be intimidated by threats. We will not fail to remind him that as a governor who lost his ward, LGA and senatorial district during the 2019 presidential and National Assembly election, he does not deserve a second term. Those of us who are interested in running for the governorship race in 2020 will welcome him in the ring during the APC primaries and he will find that he has nowhere to run to. Obaseki is playing god but in that contest he will realize that the gods have left him. He will be booted out the same way and manner he sacked Commissioners, Special Assistants and others who are not loyal to his anti-democratic administration.

I have by this medium put Governor Obaseki on notice that I will join other well-meaning contestants and leaders of the APC to deny him re-election ticket as he does not deserve it.

Does the FCT have a minister?, By Fredrick Nwabufo

Photos News: President Buhari presides over a Virtual meeting of the...

HOW THE SECOND RIVER NIGER BRIDGE WILL IMPACT THE ECONOMIC DEVELOPMENT...