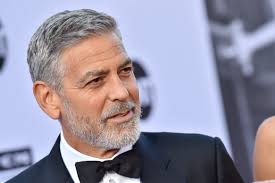 Hollywood actor, George Clooney, gifted 14 of his closest friends a whooping sum of $1million each in 2013, it has been confirmed.

One of the 14 friends, Rande Gerber disclosed in MSNBC in 2017, that the high profile actor had visited a warehouse in downtown Los Angeles to pick up $14 million in cash to surprise them with.

Confirming the report for the first, in an interview with GQ on November 17, 2020, Clooney said: “I just thought basically if I get hit by a bus, they’re all in the will. So why the f**k am I waiting to get hit by a bus?

And I thought, what I do have are these guys who’ve all, over a period of 35 years, helped me in one way or another. I’ve slept on their couches when I was broke. They loaned me money when I was broke.

I just held up a map and I just pointed to all the places I got to go in the world and all the things I’ve gotten to see because of them, and I said, ‘How do you repay people like that?’ And I said, ‘Oh, well: How about a million bucks?’”

Lagos to get new International Airport in 2020 – FG