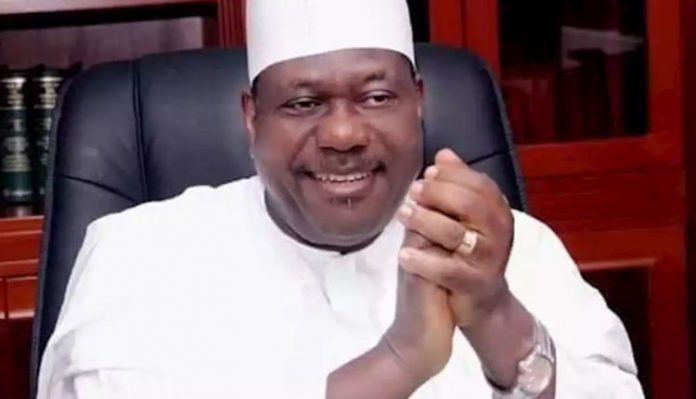 The All Progressives Congress (APC) has come a long way. From a mere amalgam of what many choose to call strange bedfellows, the group has metamorphosed into a united, impregnable and vibrant political party. Yes, it all started when it became clear to the opposition clan in the country after the 2011 general election that, if nothing was done to confront the poor governance of the then ruling party, the Peoples Democratic Party (PDP), especially as it concerns widespread corruption, not only democracy would be imperiled, but also the survival of the Nigerian state.

The arrogant disposition of the PDP by declaring that it would be in power for sixty unchallenged years had only added salt to an open wound. At this juncture, patriots all over the country began to engage in a national conversation on how to save the country from the kleptomaniac rule of the PDP. What was clear to everyone was a single fact: to get rid of the PDP, more than a bipartisan cooperation would be needed if our country must be retrieved from the carpetbaggers. That was how about four separate political parties fused in the national interest to form APC. And to borrow the weather-beaten cliche, “the rest is history today.”

The magnificent success of APC at the 2015 general election in which the party roundly defeated the PDP and claimed power at the centre by defeating the incumbent president was unprecedented in our history. The party followed up its 2015 victory by posting yet another victory in the 2019 general election. Yet, it is important to understand that the success of APC and its transformation from an opposition party to the ruling party today was not achieved by a single flight. It was as a result of painstaking commitment of party members and the sacrificing efforts of leaders, from the formative stages to the present day. It is therefore apposite to pay tribute to leaders of the party who made personal sacrifices including investing their time, resources and intellect to grow the party. In this wise, special mention must be made of the sterling roles of people like President Muhammadu Buhari, Chief Bola Ahmed Tinubu, Chief Bisi Akande, Chief John Odigie Oyegun and Comrade Adams Oshiomhole, among others.

Yes, being the party in government comes with its own kettle of fish. After winning the election, a responsible political party must also endeavour to provide policy support for the government it has created. In this area, it appeared that the former leadership of APC especially immediately after the 2015 general election, was caught napping. Or was it a case of over celebrating and its consequent post-victory party hangover that led APC to almost surrender the crown it won to the opposition PDP in the national Assembly? We all saw how the PDP took over the leadership of the National Assembly from the APC and thus made it extremely difficult for the APC government to deliver on its election promises. Indeed, it is to the credit of the leadership of Comrade Adams Oshiomhole that the party retrieved all that were stolen from it by re-establishing its leadership in the National Assembly. And today, the harmony between the executive and the legislative arm of government testifies to that effort.

However, as the ruling party looks ahead to the 2023 general election, it is indeed apparent that there is a plethora of new challenges to be confronted if the party must remain not only the party in government but also relevant to the Nigerian people. One of those challenges is certainly how to steer the party to greater homogeneity and success at the polls in the post-Buhari era. Already, the caretaker and convention planning committee under Governor Mai Mala Buni has done a yeoman job in holding the party together after that crisis that threatened it. It is therefore time to elect a substantive national chairman to lead this great party into a new era of greatness.

While there are many qualified members who have signified their interests in becoming the next national chairman of APC, it seems obvious even to the blind that His Excellency, Senator George Akume is the perfect choice for the driver’s seat of the party. With the justifiable talk of zoning the office of president to the South, it is certain that the office of the national chairman would be then zoned to the North. And Senator Akume is not only from the North, he is also in fact a committed and loyal leader of the party in the entire North-central. Most importantly, he is a founding member of the party who has remained committed to the ideals of the party especially, in the area of party supremacy.

And as it is widely known, the major problem bedeviling APC as a ruling party is the scant regards of members for party supremacy. This ugly scenario reared its head very early in the day after the 2015 general election when a group of renegades within the party decidedly went against their party’s position on the matter of leadership of the National Assembly. That singular insubordination brought the party to disrepute, created so much conflicts for the presidency and threatened the chances of the party in the 2019 general election.

In essence, the next chairman of APC must be one who is uncompromising on the issues of loyalty and commitment to the party as well as party supremacy. And Senator Akume has proved to be the one by his exemplary leadership in these areas.  His unflinching belief in the supremacy of his party inexorably brought him in direct conflict with his former state governor whom he almost single-handed anointed in 2015. He could not understand why Governor Samuel Ortom as an APC governor would continue to disobey their party. When Ortom left and joined the PDP, it was good riddance for Akume. Thus, today in his home state of Benue, where he is widely respected, having served his people as a two-term governor, Akume, who is Minister of Special Duties and Inter-Governmental Affairs, remains a powerful voice for the defence of President Buhari and the APC against incendiary verbal attacks coming from a governor promoting ethnic disharmony. And in the process of speaking up for the President and APC, Akume stands firm even as the rabble is daily propped up to attack and demonise him.

What is more? Senator Akume has the right reflexes as a democrat to accommodate all the disparate tendencies that pull a large party like APC to different trajectories. Looking calm and collected always, Akume’s disposition towards peace, reconciliation and accommodation in any political family he belongs is writ large. One of the greatest accusations against APC as a party is the one that argues that the group has yet to be a political party in the real sense. Critics insist that APC is made up of merely strange bedfellows who only came together to wrest political power from the PDP. In fact, they paint a grim picture of collapse after the galvanizing influence of President Buhari wanes as his term winds down in 2023. And no serious analyst can discount what President Buhari brings to the table both in terms of electoral popularity and influence on the behaviour of members in building greater cohesion within the party. What this means is that the search for a national chairman that would lead APC into the post-Buhari era is a matter of existential necessity.

But there is no need to panic because, Senator Akume, a two-term governor and incumbent minister is just a convention away. As a governor, he was loved for his generosity and open-mindedness; as a senator, he understood (and still understands) the virtues of allowing every voice to be heard before a decision was reached and he was always at home with his constituents. As Special Duties and Inter-Governmental Affairs minister, he has creditably applied himself to his job schedules to the discomfiture of some political forces in his home state of Benue. While party discipline and supremacy are important, Akume equally understands clearly that one of the factors that destroy a political party is the abuse of the rights of members and shutting the doors of justice in their faces.

It is true that the past leaders of the party had done extremely well in building APC thus far. But as President Buhari exits power in 2023, the party must be prepared. And the surest preparation would be to elect a nation chairman that would further enlarge the coast of the party by making it more national in spread, efficient in operational performance and acceptable in outlook. The national chairman, this time round, must be pacific, persuasive, understanding and politically savvy in balancing contending electoral interests in states of the federation. Senator George Akume is perfect for this role!

Just In: In a major shake up Nigerian Army redeploys Maj....

NIGERIA AND THE UNITED ARAB EMIRATES: WHAT IS THE DIPLOMATIC ROW...

The urgent need of a Nigeria Police investigation guidelines, By Douglas...