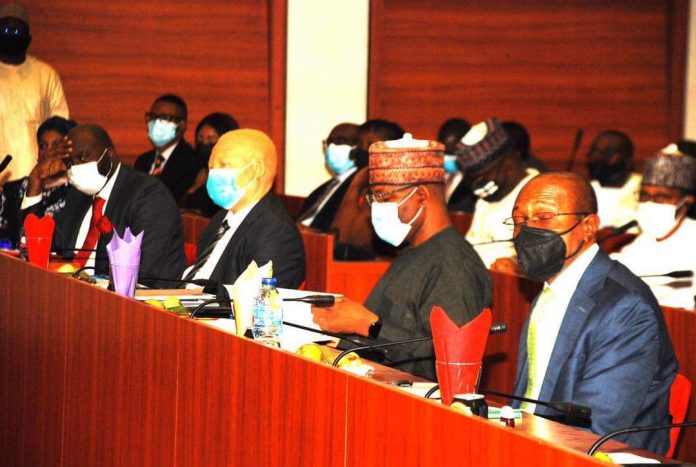 The Chairman of the Independent Corrupt Practices and Other Related Offences Commission (ICPC), Prof. Bolaji Owasanoye, SAN, on Tuesday said virtual assets and cryptocurrencies were risky for implementation in Nigeria.

Prof. Owasanoye made this known in his presentation to the Senate Committee on Banking, Insurance and Other Financial Institutions during its hearing on the Central Bank of Nigeria’s decision to stop financial institutions from transacting in cryptocurrencies and matters arising therefrom.

He said: “Virtual and cryptocurrencies pose serious legal and law enforcement risks for Nigeria. The current National Identification Number registration and linking with SIM cards is a pointer to the fact that insurgents, terrorists, kidnappers, bandits, and drug merchants have used the anonymity of unregistered SIM cards to commit their crimes with relative ease.

“Cryptocurrencies guarantee similar anonymity and can easily be used as leverage for terrorist financing and other crimes. With the NIN registration, cryptocurrencies may become an alternative payment platform for kidnappers and this would be impossible for law enforcement to agencies to trace.”

The ICPC boss cited a case study of a current investigation by the Commission on money laundering involving several hundreds of millions of naira.

According to him: “The main suspect used technology in placing the money in the banking sector. A sizable amount was traced to several bank accounts but before investigators recovered some of the money, a large proportion had been made to disappear using serpentine ICT-aided transfer schemes that has so far eluded investigators.

“While the persons whose accounts were used have been located, the criminal mastermind has remained invisible and unidentified.

“This real ongoing case is a glimpse into the world of anonymity of virtual or digital transactions. With cryptocurrencies, the wallet of the user of cryptocurrency system only store information, or encrypted links in the Blockchain where transaction confirmation can be found.

“There is no movement of any ‘currency’ in the real sense of the word. By their very nature, they provide considerable anonymity that is almost impossible to be accessed by unauthorized persons, including law enforcement authorities.”

Prof. Owasanoye identified the use of virtual assets and cryptocurrencies for criminal activities as a major risk associated with them.

“The use for criminal activities is the most obvious risk of virtual assets and cryptocurrencies. It has been reported that ‘criminally associated bitcoin addresses sent over $3.5 billion worth of bitcoin in 2020’.

“This figure includes BTC addresses controlled by dark markets, ransomeware actors, hackers, and fraudsters. Most of this bitcoin will ultimately need to be laundered by these criminals, meaning it will make its way to an exchange where it can be converted to fiat currency and transferred to a bank,” the ICPC chairman said.

He also listed other risks of the use of virtual assets and cryptocurrencies to include: risk to finance of government, risk of theft of cryptocurrencies, abuse as medium of payment for hackers and ransomeware, risk of exit scams, risks of use of crypto assets for ponzi schemes, risks of tax evasion, and risk as a source of corruption-linked illicit financial flows.

He further noted that the Central Bank of Nigeria’s ability to regulate monetary policy will be lost due to the fact that cryptocurrencies are issued by private entities, which are foreign, and not issued or regulated by the bank.

“It is plausible that we cannot wish virtual assets away. Central Banks in many jurisdictions are considering floating officially recognized cryptocurrencies. Whether the time is right for the Central Bank of Nigeria to follow suit is anybody’s guess, but legal guidance is needed if any fresh initiative in that direction is to have legal force,” he added.

SERAP wins round one in battle to compel Okowa, UBEC to...

With Buhari’s emphatic support, Okonjo-Iweala resumes at WTO, as two other...