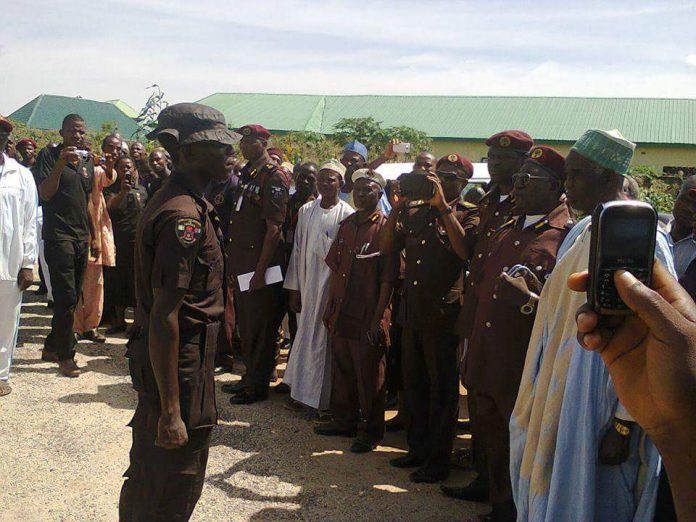 Members of a vigilance group in Mahuta last night succeeded in foiling an attempt to abduct pupils of an Islamic school in Mahuta, Katsina State.

Gunmen seized the Islamic school children while they were returning from a Maulud (Prophet Mohammad’s birthday) procession.

However, the quick reaction of the vigilance group saved what would have been another school children’s abduction less than three days after the rescue of 344 abducted students of Government Science Secondary School, Kankara.

Mallam Abubakar Mahuta told Sahelian Times that the vigilance group not only succeeded in rescuing the children but also animals earlier confiscated by the gunmen.

Many of the children had already been reunited with their parents, according to the Sahelian Times’ findings.

Reports said that as of the time of pushing the information, there was no report of a missing child from any parent in the community.

The spokesperson of Katsina State police command DSP Isah Gambo, has confirmed the incident to Sahelian Times, in a phone interview (Source: saheliantimes.com)

Court sentences ex-Bauchi Accountant General to one year in prison for...

N2.5bn Fraud: You have a Case to Answer, Court tells Kawu