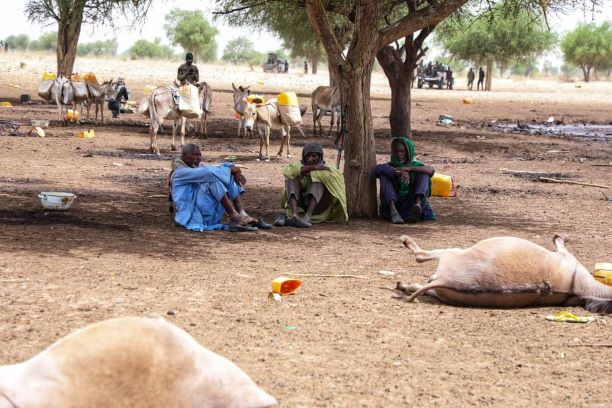 Says we were attacked by “religious crusaders”

They told the Borno State Governor, Prof. Babagana Zulum on Wednesday. Narrating their ordeal, the survivors who had to engage help from neighboring village to bury 31 of the 81 corpses in a mass grave, told the governor that they left 81 persons dead, 13 injured and abducted seven others in the attack 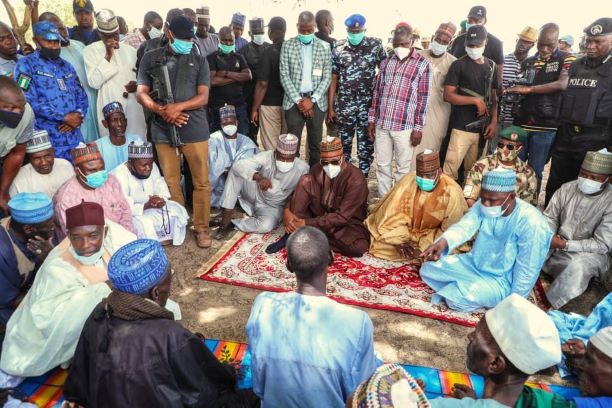 The governor was equally told that apart from the hundreds of livestock that were killed in the attack, the terrorist carted away hundred others.

A victim, who claimed to be the sole survivor of the attack on the nomadic settlement, said he was assisted by people from neighbouring settlements to bury the dead. He lamented that the insurgents disguised as if they had come to enlighten the community, disarmed the herders and shot all of them, including under-aged and even their animals.

Fanduma koloram, a nomadic village, is located 35 kilometres in the north of Gubio, the headquarters of Gubio local Government area, and a journey that took the governor’s convoy an hour and half hour due to difficult terrain.

The governor while sympathizing on the attack, was told by the survivor (which name is withheld for security reason) that 81 residents were killed during the attack on Tuesday with 13 persons injured and seven others, including village head was abducted.

The governor, who was apparently annoyed by the wickedness of the terrorist, urged the Nigerian military to undertake a final onslaught that should put an end to the insurgents in the shore of the lake Chad.

He also said there is urgent need to coalesce the scattered settlements into larger communities for security reasons.

The governor who described the attack as babaric and unfortunate also evacuated five injured persons in his convoy, for treatment at an undisclosed hospital.

He lamented that: “Last year, about same number of people were killed in Gajiram like it happened again. This is barbaric. It is very unfortunate. The only solution to end this masacare is by dislodging the insurgents in the shores of Lake Chad. Doing so will require collaborative regional efforts.”

A male adult, who was said to have been the only one who escaped the attack, gave account during Zulum’s visit.

He said. “The insurgents in gun trucks and armored tanks came around 10am yesterday (Tuesday).  They operated for about six hours and left around 4pm.  They gathered us and said they wanted to deliver religious sermon to us. They asked us to submit whatever arm we had. Some villagers gave up their dane guns, bow and arrows. The insurgents pretended as if they were there for no violence. Suddenly, they started shooting at will. Even children and women were not spared, many were shot at close range. Many started running. At the end, many persons were killed. I have been burying people since 10:00pm last night to about 6am this morning. We have buried 49 corpses here while another 32 corpses were taken away by families from the villages around us.

“The insurgents abducted seven persons including our village head. They went away with 400 cattle” he said.

It was however observed during the governor’s visit that the insurgents did not set the place ablaze as they often do in other attacks.

A resident from a neighboring village corroborated what Zulum was told by the survivor.

But there was however fears amongst residents of neighboring villages, that the casualties could be higher than 81 since tracing was ongoing.

Over two thousand five hundred livestock were said to have been catered  away by the insurgents.