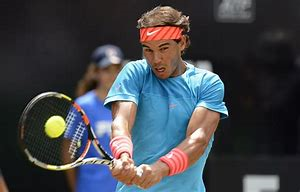 Defending champion Naomi Osaka will seek a spot in the U.S. Open quarter-finals when she returns to the court on Monday while second seed Rafa Nadal faces former winner Marin Cilic in last 16 action.

Osaka, who brought 15-year-old American Coco Gauff’s New York run to an end in the third round, will kick off the day session inside Arthur Ashe Stadium when she faces Swiss 13th seed Belinda Bencic.

The Japanese 21-year-old has had an up-and-down year since her Australian Open win and she has her hands full against a rested Bencic, who enjoyed a walkover into the last 16.

Bencic will bring plenty of confidence given she beat Osaka in their two meetings this year to improve to 2-1 in their head-to-head record.

“I mean, for me playing her is always super challenging,” said Osaka, who beat Bencic in 2013 but lost to her this year at Indian Wells and Madrid.

“I just expect a fight. She doesn’t really ever give up. She kind of fights for every point.”

Nadal, who retired injured from last year’s New York semi-final with knee trouble, kicks off the evening session inside Ashe and will be rested and raring to go against the 2014 champion Cilic after smooth passage to the last 16.

The 18-times Grand Slam champion has not dropped a set and had a walkover in the second round when Australian Thanasi Kokkinakis withdrew with injury.

But the Spaniard knows he faces a tough test against the big-serving Croat.

“I need to be focused with my serve, as always. I need to be ready to accept the challenge that brings the competition in days like these ones,” said Nadal. “And I hope to be ready to play my highest level, because that’s what I am going to need.”

Canadian teenager Bianca Andreescu will close out proceedings under the Arthur Ashe lights when she battles American qualifier Taylor Townsend, who has found success with a throwback game of aggressive net play, reports Reuters.

Trump signals he’s ready to get back in the game