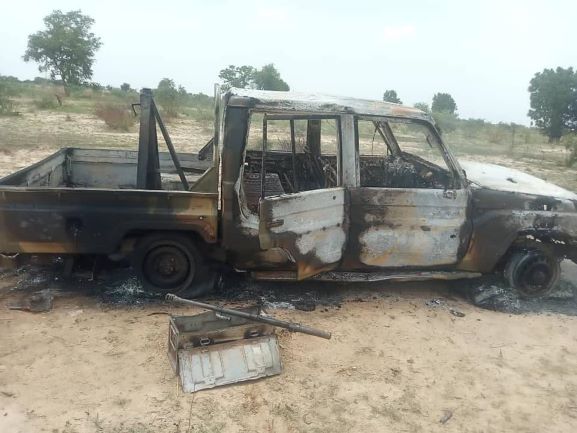 Confirming the report, Coordinator Defence Media Operations Defence Headquarters Major General John Enenche Wednesday said several terrorists were neutralized and a gun truck destroyed by the combined efforts of the land and air forces who overpowered the BHTs with their superior firepower.

Enenche said during the encounter, a Nigerian Air Force (NAF) Intelligence, Surveillance and Reconnaissance (ISR) aircraft and fighter jets were scrambled to the location.

He said the ISR aircraft spotted the terrorists in their gun trucks and vectored the jets to engage them, neutralizing one of the gun trucks and its occupants.

Enenche added that the ISR aircraft continued to provide situational awareness as the ground troops engaged the terrorists on the ground, inflicting further casualties on the terrorists.

The Coordinator Defence Media Operations Defence said the Military High Command commended Operation LAFIYA DOLE, urging them to intensify their offensives against the terrorists and all other enemies of the Country in the North East while working in concert with other security agencies and stakeholders.