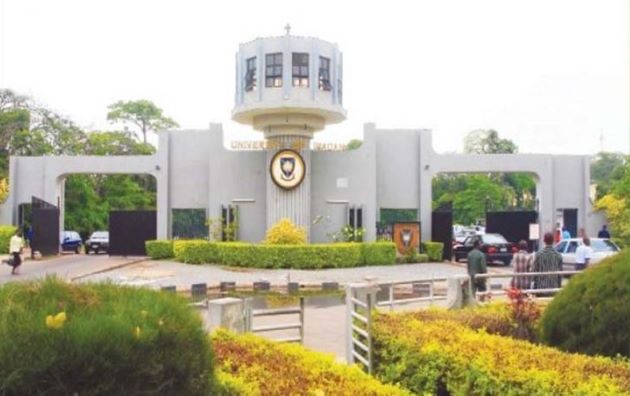 Some  scientists at the University of Ibadan have recommended a plant called Euphorbia Hirta as a herbal alternative to mitigating some of the diseases associated with the COVID-19 pandemic.
According to the scientists, some of the diseases, which the plant can cure, include dry cough, respiratory failures and fever, among others.
The scientists, including Profs. Ademola Ladele and Rasheed Awodoyin, told the News Agency of Nigeria (NAN) in Ibadan on Tuesday that the Euphorbia Hirta was commonly called Asthma plant.
Awodoyin, a Weed Ecologist, said that the plant was known as Asin Uloko in Edo, Nonon Kurciya in Hausa, Chamma Chamma in Kanuri, Endamyel in Fula-Fulfulde (Borno), Ba Ala in Owerri and Akun Esan in Yoruba.
He listed the scientists who worked on the plant to include Prof. Olaniyi Babayemi (Animal Scientist), Prof. Olapeju Aiyelaagbe (Chemist), Dr Ahmed Abu (Animal Scientist), Dr Adeoluwa (Organic Agriculturist), Dr Olajumoke Fayinminnu (Toxicologist) and Dr Funmilayo Adebiyi (Animal Scientist).
Others, the don said, were Dr Idayat Gbadamosi (Ethnobotanist) and Dr J. Badejo (Drug Development Specialist) and Prof. Ademola Ladele (Agricultural Extensionist).
He said that the plant was a herbal alternative to curing dry cough, respiratory failures, fever and some other related symptoms of chronic flu, all of which were associated with COVID-19.
Awodoyin told NAN that the plant, after being boiled, could be taken as tea and could serve as first aid treatment for dry cough, while further complex solutions to the pandemic could still be explored.
He said that the scientists were sparked up by shared information that mucus plug of the airways and nasal chamber, among others were the causes of seizure and death from COVID-19.
“Asthma plant tea softens dry cough, releases the mucus as phlegm. It is a safe herb tea, though not recommended for pregnant women and should be taken for six consecutive days.
“Just get a handful of the plant, steep in boiling water for 15 minutes, drink freely, as the taste is pleasant. I use it at my family level. I don’t even use it for more than three days before getting immediate result,” Awodoyin said.
He emphasised that such medicinal plants had curative actions due to the presence of complex chemical constituents.
According to him, the plant contains triterpenes, phytosterols, tannins, polyphenols, flavonoids, essential oil, alkaloids, saponins, amino acids and minerals, with quercitrin, a flavanoid glycoside, isolated from the herb, showing anti-diarrhea activity.
Also speaking, the leader of the scientists, Prof. Ademola Ladele, said asthma plant could also be used in the treatment of gastrointestinal disorders (diarrhea, dysentery, intestinal parasitosis,) as well as bronchial and respiratory diseases (asthma, bronchitis, hay fever, flu).
“The aqueous extract from the plant exhibits anxiolytic, analgesic, antipyretic and anti-inflammatory activities; the root decoction of the plant are also beneficial for nursing mothers deficient in milk (galactogogue).
“The aqueous extract shows antioxidant effect and a free radical scavenging activity. It is used to lower blood pressure, treat athletes foot, dengue fever and for production of blood platelets.
“It can also be used to relieve anxiety and stress. In South India, it is used as ear drops in the treatment of boils, sore and wounds; a decoction of the leaves induces milk flow and the leaf chewed with palm kernel for restoration of virility.
“It is also effective in treating ulcers, while the plant is also eaten as a vegetable; it is a powerful herb which should be used in moderation.
“In Benin City, the plant is pounded, mixed with palm oil and licked to treat any type of cough,” he said.
Ladele added that although the plant was reported to have anti-fertility activity, report from Guinea revealed that the plant extract had practically no toxicity towards man and guinea pigs.
According to him, using the plant may help COVID-19 patients to breathe with ease and remove the need for a ventilator for mild cases.
“There is no evidence yet that asthma plant can cure Coronavirus, but it can be useful in mitigating some of the symptoms like fever, coughing and respiratory challenges.
“A research group at the University of Ibadan is exploring the benefits of other similar plants for the adequate cure of chronic flu and other respiratory diseases, including COVID-19,” he said.
Please follow and like us:

FG to evacuate Nigerians in China over maltreatment