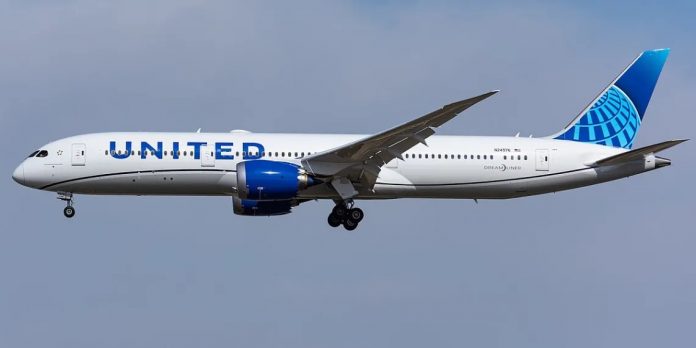 The airline will operate three weekly flights connecting the U.S. capital to Nigeria’s largest city, which is also the top Western African destination for U.S-based travelers. Tickets will be available for sale on united.com and the United app this weekend.

“This new flight to Lagos has been highly anticipated by our customers and offers the first ever nonstop service between Washington, D.C. and Nigeria, as well as convenient, one-stop connections to over 80 destinations throughout the Americas including Houston and Chicago,” said Patrick Quayle, United’s vice president of international network and alliances.

“On behalf of all of United we’d like to offer our sincere thanks to the Nigerian Civil Aviation Authority and U.S. Department of Transportation for supporting our plans to provide this service.”

“We are honored to work with our partners at United Airlines to welcome their second nonstop connection from Dulles International to the African continent,” said Carl Schultz, acting vice president of airline business development at the Metropolitan Washington Airports Authority. “Lagos joins nearly 50 other nonstop international destinations currently served by the National Capital Region’s gateway to the world.”

United will operate this route with a Boeing 787 Dreamliner featuring 28 United Polaris® business class lie-flat seats, 21 United Premium Plus® premium economy seats, 36 Economy Plus®seats and 158 standard economy seats. This flight is the only service between the U.S. and Nigeria to offer premium economy product. Flights will depart Washington, D.C. on Monday, Thursday and Saturday and return from Lagos on Tuesday, Friday and Sunday.

This new flight builds on United’s expansion into Africa and solidifies United’s leadership position to Africa from the D.C. metro area, with more flights to the continent than any other airline. Just this year, United launched new service between New York/Newark and Johannesburg, South Africa and between Washington, D.C. and Accra, Ghana. And this December and January, United will increase its service to Accra from three weekly flights to daily* as customers travel home for the winter holidays. United is also returning its popular service between New York/Newark and Cape Town, South Africa on December 1.
United’s new flights comply with each country’s COVID-19 protocols and customers should check destination requirements before traveling.

United is the only U.S. airline to offer its own one-stop-shop where customers can conveniently get “travel-ready” by finding a location to schedule a COVID-19 test as well as upload and store their test results and vaccination records directly through the airline’s website and award-winning mobile app with the Travel-Ready Center.

The airline’s easy-to-use travel tool available on United’s mobile app enables customers to reduce stress and save valuable time at the airport right from the palm of their hand. United also announced a collaboration with Abbott and became the first U.S. carrier to set up an easy way for international travelers to bring a CDC-approved test with them, self-administer while abroad, and return home.

United is more focused than ever on its commitment to customers and employees. In addition to today’s announcement, United has recently:

▪︎Launched an ambitious plan to transform the United customer experience by adding and upgrading hundreds of aircraft as well as investing in features like larger overhead bins, seatback entertainment in every seat and the industry’s fastest available Wi-Fi.

▪︎Announced a goal to create 25,000 unionized jobs by 2026 that includes careers as pilots, flight attendants, agents, technicians, and dispatchers.

▪︎Announced that United will train at least 5,000 pilots by 2030 through the United Aviate Academy, with the plan of at least half being women and people of color.

▪︎Required all U.S. employees to receive a COVID-19 vaccination.

▪︎Became the first airline to offer customers the ability to check their destination’s travel requirements, schedule COVID-19 tests and more on its mobile app and website.

▪︎Invested in emerging technologies that are designed to decarbonize air travel, like an agreement to work with urban air mobility company Archer, an investment in aircraft startup Heart Aerospace and a purchase agreement with Boom Supersonic.

▪︎Committed to going 100% green by 2050 by reducing 100% of our greenhouse gas emissions without relying on traditional carbon offsets, including a recent agreement to purchase one and a half times the amount of all of the rest of the world’s airlines’ publicly announced Sustainable Aviation Fuel commitments combined.

▪︎Eliminated change fees for all economy and premium cabin tickets for travel within the U.S.

United has the most comprehensive route network among North American carriers, including U.S. mainland hubs in Chicago, Denver, Houston, Los Angeles, New York/Newark, San Francisco and Washington, D.C. For more about how to join the United team, please visit united.com/careers and more information about the company is at united.com. United Airlines Holdings, Inc. is traded on the Nasdaq under the symbol “UAL”.

CAN condoles with T. B. Joshua’s wife, family