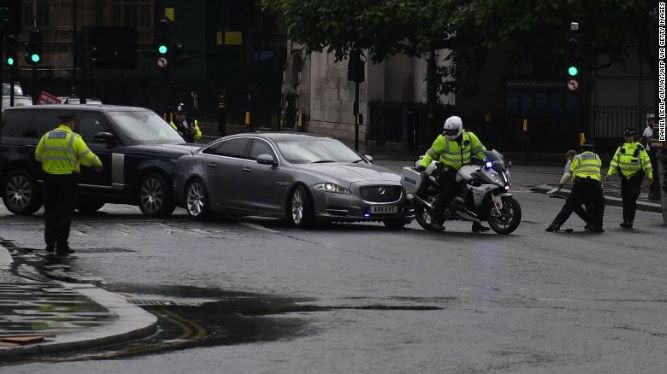 British Prime Minister Boris Johnson‘s car was involved in a minor accident as he left the Houses of Parliament on Wednesday.

As Johnson‘s car left Parliament to drive the short distance to Downing Street following the weekly session of Prime Minister’s Questions, a group of protesters ran towards the car, prompting it to come to a sudden halt. 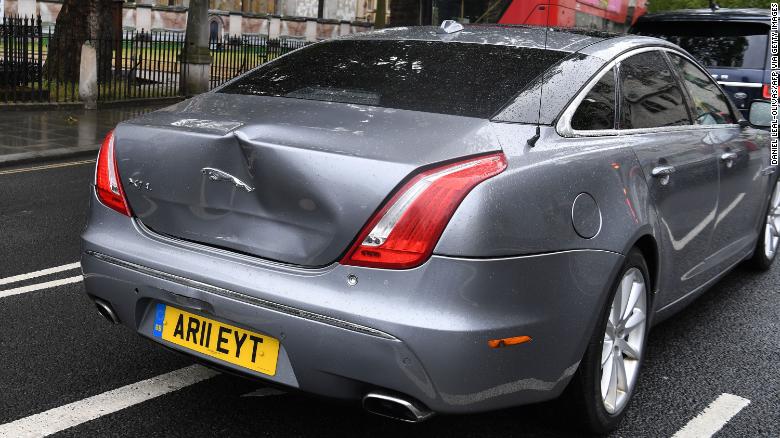 The collision left a large dent in the Prime Minister’s car.
A security car following the Prime Minister’s vehicle then ran into the back of Johnson’s car, leaving a visible dent.
The story came to light after a video of the crash circulated on social media.
Johnson’s official spokesperson confirmed that the video showed the PM’s car, and that he was in it at the time, but said he was unhurt in the shunt.
“Yes, that was the PM’s car,” the spokesperson said. “I think the video speaks for itself as to what happened. No reports of anybody being injured.”
London’s Metropolitan Police issued a statement, saying: “A pedestrian is reported to have stepped onto the road, causing the vehicles to suddenly stop, which has led to two of the vehicles in the convoy being involved in a damage-only collision.”
It added that a man “was arrested at the scene for offences under Section 5 of the Public Order Act and for obstructing the highway” and that all vehicles involved “were able to drive from the scene.”
Downing Street has said that it will not be commenting on the matter further.
CNN
Please follow and like us:

Travellers to Germany from Nigeria and at-risk counries must take Covid-19...