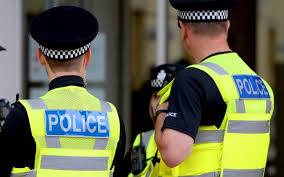 British police said on Thursday they had arrested a man on suspicion of war crimes relating to conflicts in Liberia between 1989 and 2003.

Police said detectives had detained the unnamed 45-year-old man in southeast London over alleged offences contrary to the International Criminal Court Act, and he was now in custody.

From 1989 to 2003, up to a quarter of a million people in Liberia were killed in a civil war, while thousands more were mutilated and raped.

Former Liberian president Charles Taylor is serving 50 years in a British prison after being found guilty by an international tribunal of crimes against humanity.

His ex-wife Agnes Taylor was charged by British police with torture in 2017 but the case against her was dismissed two years later after a judge said there was a lack of evidence of governmental control at the time of the alleged crimes.

WHO in contact with UK over new mutated coronavirus strain –...

Nigeria may get COVID-19 vaccines in 10 days, says Health Minister

Canada Shuts Borders Against All Countries