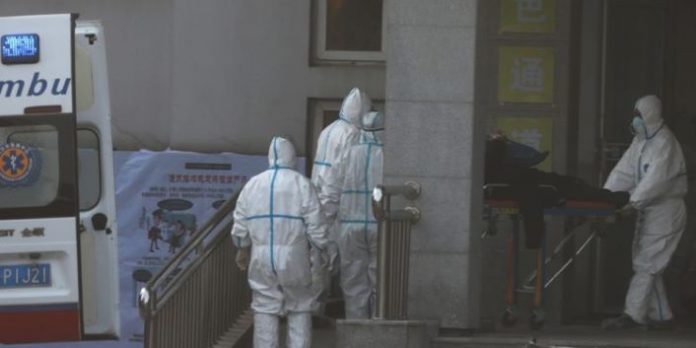 The death toll in the U.S. from the coronavirus rose to 17 on Friday, as the impact of the outbreak continued to have a knock-on effect across the country.

One person has died in California.

Off the coast of California, some 3,500 passengers and crew aboard the Grand Princess cruise ship, which has been held since Wednesday, remain in limbo after 21 people tested positive for the virus.

The infected include 19 crew members and two passengers, Vice President Mike Pence said at a news conference on Friday.

He said the ship would be docked in a non-commercial port and everyone aboard would be tested.

“Those that need to be quarantined will be,” Pence added.

Meanwhile, officials in the city of Austin announced the cancellation of the South by Southwest (SXSW) festival, a gathering centred around music, film and technology, which draws hundreds of thousands of people to the city.

“This is the first time in 34 years that the March event will not take place,” the event organisers said in a statement, calling the decision “unprecedented”.

The number of cases of coronavirus is growing around the U.S.

The Centers for Disease Control said there were 164 cases nationwide, while a database of cases assembled by Johns Hopkins University put the number at 336.

In New York state, the number of infected people doubled to 44 and 4,000 people are in “precautionary” quarantines across the state, Governor Andrew Cuomo said on Friday.

According to reports in Los Angeles and New York City, public health officials have been struggling to provide adequate testing for the coronavirus and are restricting testing to certain patients.

“We are increasing the supply,” Stephen Hahn of the White House coronavirus task force said on Friday, adding that more than one million tests would be available by the weekend.

Earlier on Friday President Donald Trump signed an emergency 8.3-billion-dollar spending package to respond to the coronavirus outbreak, while insisting he saw no reason for the public to be alarmed.

“You have to be calm. It’ll go away,” Trump said, adding that the country and the economy are in “great shape.” Trump said he believed markets would bounce back, even as they continue to sink deeper into correction territory.

Authorities in King County in Washington – home to over 2 million people – have asked residents to work from home if they are able.

Major companies including Microsoft and Google have asked many employees to work from home.

California Attorney General Xavier Becerra warned that it is illegal for businesses to drastically raise prices on goods in light of the health emergency, as reports of price gouging for products like hand sanitizer have surfaced.

Speaking from the capitol, Trump urged the Federal Reserve to continue to cut rates, following an emergency intervention within the week to lower the benchmark interest rate in a bid to stave off the impact of the virus on the economy.

“It’s a very conservative approach, but it’s not a good approach,” Trump said about the central bank’s policy.

He said other countries in Europe and Asia had lowered rates and that put the U.S. at a “competitive disadvantage”. (dpa/NAN)