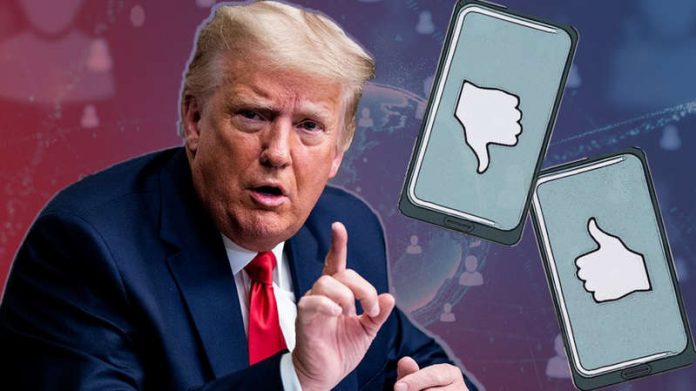 Donald Trump has canceled his own blog, an advisor announced Wednesday, highlighting the ex-president and election conspiracy theorist’s struggle to escape the social media wilderness.

The blog “will not be returning,” Trump aide, Jason Miller, told CNBC.

Named “From the Desk of Donald J. Trump,” the blog was launched only a month ago in response to decisions by Twitter and Facebook to ban the Republican for inciting rebellion against President Joe Biden’s election win.

The blog on the donaldjtrump.com website was touted as a major new outlet following Trump’s defeat in November and punishment by the top social media players for (allegedly) stirring up a mob that ransacked Congress on January 6.

Fox News heralded the blog — in fact a basic set up where Trump could post statements — as a “communications platform.”

The Trump website itself described the blog’s appearance in even grander terms, calling it “a beacon of freedom” in a “time of silence and lies.”

Trump, also banned from Instagram, YouTube and Snapchat in the wake of the Capitol mayhem, continues to promote the conspiracy theory that the 2020 election was stolen from him.

In angry emailed statements and in interviews with niche right-wing outlets like OAN, as well as the more mainstream Fox News, he continues to claim without evidence that he was victim of a conspiracy.

Now in place of his blog page, a form appears allowing sign-ups for alerts from the ex-president.
Miller told CNBC that the blog had been “just auxiliary” to broader efforts at rebuilding Trump’s social media presence, though he said he did “not have a precise awareness of timing” on those plans.

Later, Miller responded to a suggestion that the blog’s demise was in preparation for Trump joining some other social medial platform, tweeting: “Yes, actually, it is. Stay tuned!”

WHO recommends first preventive therapy for patients at high risk of...