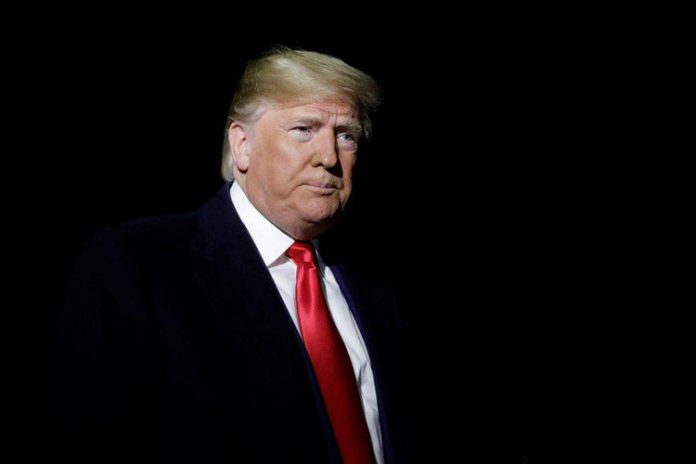 U.S. President Donald Trump is sending federal forces to Wisconsin after a third night of protests and unrest saw two people killed and property destroyed, amid anger at the police shooting of a black man mutiple times in the back.

Wisconsin Attorney General Josh Kaul said on Wednesday that the man, Jacob Blake, admitted “he had a knife in his possession at some point” as events with the police unfolded, the first official major revelation from investigations, even as key details remain murky.

There was no immediate explanation for why he was shot seven times. It remains unclear whether prosecutors will bring charges against the officer, who has been placed on administrative leave.

Blake, 29, is currently in hospital in critical condition. His lawyers say he may be permanently paralysed from the waist down.

The latest shooting by police sparked protests, including a boycott by NBA players of ongoing basketball games. Major league soccer and two baseball teams also refused to play their games.

Tennis star Naomi Osaka withdrew from a semi-final of the Western & Southern Open, shortly before tournament play was suspended in support of social justice protests.

Kaul said police had been called to the scene by a woman who complained about an unwanted man on her premises.

During the incident, police attempted to arrest Blake, including by using a taser, but failed, he said.

Kaul said Blake went around his vehicle to the driver’s side and “leaned forward,” which is when the officer “fired his service weapon seven times.”

The shots were all “into Mr Blake’s back.” Kaul said a knife was recovered on the driver’s side floorboards of the vehicle.

The shooting of Blake comes three months after the country was gripped by nationwide protest after police killed George Floyd, an unarmed black man in Minnesota.

The officers involved in that case are facing murder charges.

Trump, who is campaigning for re-election and touting his law-and-order credentials, announced on Twitter he would deploy federal law enforcement to Kenosha, a small city in the mid-western U.S. state at the heart of the latest unrest.

The Department of Justice confirmed officers were dispatched.

Wisconsin Governor Tony Evers said in a statement he had authorized 500 members of the Wisconsin National Guard to support local law enforcement, an increase over the previous deployment.

He made no mention of federal assistance.

The move by the Republican president puts additional pressure on the Democratic governor.

Evers had repeatedly voiced his support for peaceful protests and denounced racial injustice, but has condemned violence, including looting.

The shooting of Blake was caught on camera.

Blake’s young children were in the back seat of the car, attorneys said.

Blake’s family has called for justice, including against the police officer who pulled the trigger, but also urged an end to street violence.

Peaceful protests in Kenosha have at times spilled over into rioting and looting of businesses.

At least two people were killed and another was injured overnight on Tuesday during a third night of protests in the city, Kenosha police said.

Police confirmed they have one suspect, a 17-year-old, in custody, and are charging him with murder.

He was arrested in the neighbouring state of Illinois, in a city about 30 kilometres from Kenosha.

“We will NOT stand for looting, arson, violence, and lawlessness on American streets,” Trump said on Twitter, vowing “to restore LAW and ORDER!”

The president has been seeking to use federal forces in various hotspots around the country for months, at times clashing with local elected officials who have argued the outside law enforcement officers can worsen tensions.

Social media video footage from the latest unrest showed late night stand-offs between groups who had apparently come from protests and armed men who were claiming to be protecting private property from looting.