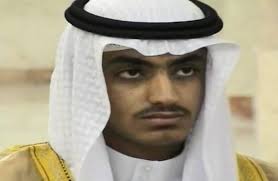 Younger bin Laden was killed in a US counterterrorism operation that took place in the Afghanistan-Pakistan region.

The death of Hamza bin Laden “not only deprives al-Qa’ida [sic] of important leadership skills and the symbolic connection to his father, but undermines important operational activities of the group,” a statement read according to Al-Jazeera report.

In February, the US government has put a $1m reward on Hamza bin Laden’s head, stating the man sometimes dubbed the “crown prince of jihad” was “emerging as a leader in the al-Qaeda franchise”.

Hamza had put out audio and video messages calling for attacks on the US and other countries, especially to avenge his father’s death.

In 2017, the US added Hamza to its counterterrorism blacklist.

Also, documents seized in the raid on his father’s house in Abbottabad, in Pakistan’s northern Khyber Pakhtunkhwa province, suggested that Hamza bin Laden was being groomed as heir to the al-Qaeda leadership, according to the US State Department.

How to vote in Anambra governorship election, as poll holds today