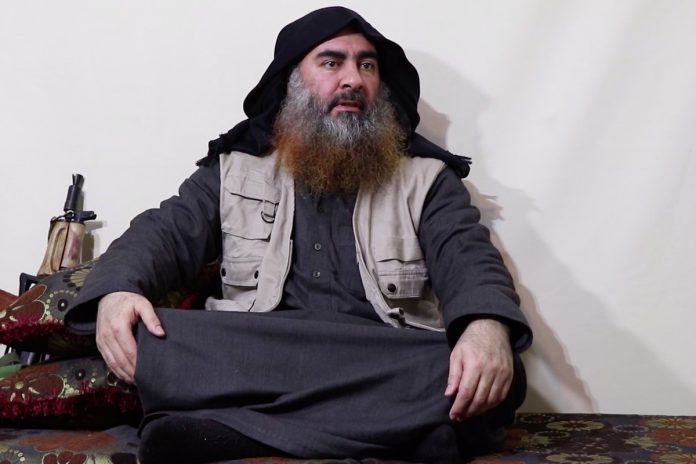 Speaking to newsmen at the White House on Sunday morning, Trump said Baghdadi killed himself by detonating his suicide vest during the operation on Saturday night.

According to him, test results on the remains of those killed positively identified Baghdadi, who before now was the world’s most wanted terrorist.

The president, who said no American was killed in the operation, lauded the bravery of the men and women of U.S. forces.

Trump said Baghdadi’s three children and many other terrorists also died in the raid, adding that the accurate figure of those killed would be released in the next 24 hours.

“He was a sick and depraved man and now he’s gone.

“The thug, who tried so hard to intimidate others, spent his last moments in utter fear, panic and dread, terrified of the American forces coming down on him.

“He reached the end of the tunnel as our dogs chased him down. He ignited his vest, killing himself and his three children.

“His body was mutilated by the blasts. The tunnel had caved on him,” Trump said.

Until his death, Baghdadi was the head of ISIS which at one point controlled large areas of Syria and Iraq, declaring a caliphate, according to Reuters.

The jihadist group has carried out atrocities against religious minorities and attacks on five continents in the name of a version of an ultra-fanatic Islam that horrified mainstream Muslims, the news agency reported.

Baghdadi came to prominence in 2014, when he announced the creation of a “caliphate” in areas of Iraq and Syria, says the BBC.

The U.S. declared the “caliphate” defeated earlier this year, and had long placed Baghdadi on its wanted list.

S/East, S/West and North will be biggest losers if Nigeria breaks...