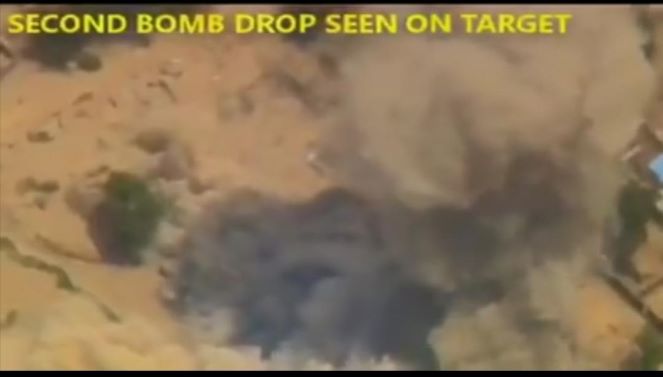 Troops from the Air Task Force (ATF) of Operation LAFIYA DOLE has destroyed Boko Haram Terrorists (BHTs) structures and neutralized several fighters of the terrorists group at Warshale in the Northern part of Borno State.

Confirming the report on Monday, Coordinator Defence Media Operations Defence Headquarters Major General John Enenche said this was achieved through air strikes executed on 27 June 2020 as part of subsidiary Operation LONG REACH after credible intelligence reports as well as days of aerial surveillance missions established that the settlement was being used as staging area to launch attacks against friendly forces’ locations and surrounding civilian settlements.

He added that the NAF jets scored devastating hits in their multiple waves of attacks resulting in the destruction of several structures in the settlement as well as the neutralization of some of the terrorists.

Enenche said the Chief of the Air Staff, Air Marshal Sadique Abubakar, commends the ATF for their dedication and professionalism.

Coordinator Defence Media Operations also stated that the Defence Headquarters urges the ATF to intensify the air offensive against the terrorists and all other criminal elements threatening the peace and security of the country.

Why Arik Air sacked many pilots

Easter: “All will be well with our country,” Osinbajo tells Nigerians

The biggest transfer of the year: Mbappe is now the best...