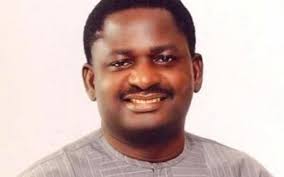 The Presidency has  described as “twisted”,  a story by Saturday Punch  of Saturday, September 14,2019 titled :”Tribunal: Buhari retracts, confesses he was under tension.”

Femi Adesina, Special Adviser to the President (Media and Publicity) who reacted to the story  also accused the newspaper “malice and evil intent” in its reportage of the president’s comments.

According to the Presidential Spokesman, “To further show malice and evil intent, the newspaper indicated that the President may not have been privy to the earlier statement that emanated from his media office.”

Adesina’s statement reads in full: “A twisted story with malicious intent was published in Saturday Punch of September 14, 2019, with the front page headline, “Tribunal: Buhari retracts, confesses he was under tension.”

“The news story was derived from what the President said when he received All Progressives Congress (APC) governors, who had come to felicitate with him at State House, Abuja on Friday.

“Referring specifically to judgment day by the tribunal, which coincided with the maiden meeting of the Federal Executive Council (FEC), President Buhari had said: “It was a fabulous coincidence that it came almost the same time the first FEC meeting of this government was taking place.

“It lasted about the same time with the judgment. I thank God for that because I think I would have gone into trauma or something. So, I was busy trying to concentrate on the memos.”

He added that “An elementary understanding of the English language shows that President Buhari was talking specifically of the day and time of the court ruling, not before.

“Saturday Punch went further to say that the President’s remarks amounted to a retraction of his earlier statement, in which he said he had been unperturbed about the judicial challenge to his electoral victory.

“Hear the statement personally approved earlier on Wednesday by the President: “Good conscience fears no evil report. I was unperturbed all along because I knew Nigerians freely gave us the mandate. We are now vindicated.”

“I was unperturbed all along… Was that referring to judgment day? A simple comprehension of English language indicates otherwise. It referred to the many months the case lasted in court.

“To further show malice and evil intent, the newspaper indicated that the President may not have been privy to the earlier statement that emanated from his media office. Who does that, for such a landmark development, without the consent of the principal? As a piece of information, the President personally approved the statement for release, as the FEC meeting was winding to a close. If stories end up being dumped in Saturday Punch without the editor approving it, then the newspaper should not use such pedestrian standard in judging the media office of the President.

“If the Punch reporter and the editor (if he, indeed approved the mischievous story for publication) had so much challenge with the English language, they could have opted to write in their mother tongue. It could have served them better.”

CAN slams Gumi for religious profiling of military operatives