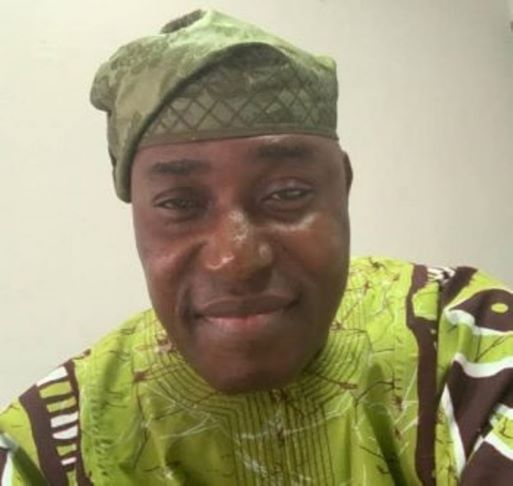 Inside Stuff With MARTINS OLOJA

Our President’s Nigeria-@-60 speech should have taken care of the concern raised here if the presidency’s deep had launched unto the deep for that speech to be robust beyond the not-so-significant issues contained therein. With due respect, so many frivolous items curiously crept into that speech from the throne last Thursday. Truth must be told that our presidency is still struggling with the scourge of mediocrity despite the preponderance of brilliant writers and scholars in and outside the Buhari’s presidency. It is unfortunate that this government that has been living by the riverside has continued to wash its hands with spittle. Whoever wrote that speech for our President to mark Nigeria@ 60 has done some disservice to (t)his country. How can a speech to mark freedom day of such an important African country be filled with trivialities and poor constructions such as: ‘Fellow Nigerians, in addition to public health challenges of working to contain the spread of the Coronavirus, we have suffered a significant drop in our foreign exchange earnings and internal revenues due to 40 per cent drop in oil prices and a steep drop in economic activities, leading to a 60 per cent drop in government revenue. Our government is grappling with the dual challenge of saving lives and livelihoods in the face of drastically reduced resources. In this regard, sustaining the level of petroleum prices is no longer possible. The government, since coming into office has recognized the economic argument for adjusting the price of petroleum. But the social argument about the knock-on effect of any adjustment weighed heavily with the government. Accordingly, in the last 3 years, we have introduced unprecedented measures in support of the economy and to the weakest members of our society in the shape of; a. Tradermoni b. Farmermoni c. School Feeding Programme; d. Job creation efforts; e. Agricultural intervention programmes…No government in the past did what we are doing with such scarce resources. We have managed to keep things going in spite of the disproportionate spending on security. Those in the previous Governments from 1999 – 2015 who presided over the near destruction of the country have now the impudence to attempt to criticize our efforts.

In the circumstances, a responsible government must face realities and take tough decisions…’

A speech marking Nigeria’s 60th independence anniversary should have been made of sterner and better stuffs – with sound philosophies on colonisation and freedom, historical contexts, ‘polititricks’ ‘mili-tricks’ and consequences of General Chris Ali’s construct of the ‘Federal Republic of the Nigerian Army’ – since 1966, deconstruction of our endowments and strategic status in Africa and indeed the black race.

Anyway, our leader should henceforth strive to deal with the spirit of mediocrity in this administration. We are more vibrant and brilliant than our leaders have been exhibiting. They should recruit the right people to work and write for them even from their villages. Our tertiary institutions still parade a lot of brilliant scholars who can help at such a time as this. Let’s ban mediocrity at all levels and court excellence spirit. There is indeed power in the words used on such occasions!

As I was saying on May 14, 2017 on this page in an article entitled: “Dr. Samuel Manuwa, UCH rebirth and ailing president”, the authorities hardly dig deep when compiling names of heroes of our struggles. They always remember only the prominent and ones without caring a hoot about the significant achievers. I had noted then that it was curious that the authorities that planned the Centenary Celebration (100 years of Amalgamation, 1914-2014: The House Lugard Built’,) in 2014 under President Goodluck Jonathan failed to recognise Nigeria’s first Medical practitioner, Dr. Samuel Manuwa. When I raised the 2014 oversight in 2017, it was within the context of the nexus I found between the neglect of the health sector in the country and poor funding of the University College Hospital (UCH) Ibadan Dr. Manuwa was also instrumental in founding. I mean here that given the right atmosphere, a President’s speech should have included iconic figures such as Dr. Manuwa who died of frustration only in 1976 after serving his country meritoriously. President Jonathan’s men didn’t remember him. Who would have told Buhari about the Ilaje man?

It was in the course of studying the poor attitude of our leaders to our icons, that I stumbled on an interesting story of a pioneer medical icon whose efforts at establishing the University College Hospital (UCH) Ibadan would have been celebrated if the pioneering advantage of the UCH too had been sustained by successive administrations. As I was saying, I had then detected a correlation between the neglect of Dr. Samuel Ayodeji Manuwa, one of the brains behind the successful takeoff of the UCH in 1956 and the neglect of the health sector in Nigeria since 1966 when the wasters called “military governments” imposed a unitary system on this unique country. I have read a great deal of the exploits of the late Sir Manuwa, an Ilaje man from Itebu Manuwain the old Okitipupa Province in Ondo state now in the riverine area of Ogun state.

That is why it was curious that the great man’s name was not listed among top 100 men that were honoured when Nigeria did its centenary celebration in 2014.

No one from Ondo state where he (Manuwa) had his roots to Ogun state where his children and grand children now hail from, fought to get him listed. The organisers of the centenary celebration too did not dig deep to honour the great man who was markedly instrumental in the efforts to establish the UCH, Ibadan, once listed among the best five Teaching Hospitals in the old Commonwealth. They always forget him (Manuwa) as they always forget the importance of the simple saying that the health of the people is the wealth of the people. As I had written then, they always forget the role of Dr. Manuwa in the establishment of health-care delivery system by the colonial administration.

This is just as they always forget to equip the hospitals they commission in the states and federal levels. They always forget to budget for training and retraining of medical experts who can cope with the 21st century medical challenges. Besides, do we always remember too the noble role of another Samuel, Sir Ladoke Akintola in the politics and policy that accelerated the setting up of UCH? Do the young ones know that Sir Akintola was the Minister of Health at that critical moment when substantial amount of money was needed for a critical stage of building of UCH? Akintola too has never been well documented as a critical success factor in this age when we honour most morons as barons.

Can this great negligence be attributed too to the neglect of history as a subject? And so did we know that:

The forgotten quiet operator, Dr. Manuwa (1903-1976), was the 1st surgeon in Nigeria? He rose from humble roots as the son of a clergyman from Ilaje then in Ondo Province. Born in 1903, after a brilliant scholastic career through the Church Missionary School and Kings College Lagos, he proceeded to the University of Edinburgh Medical School where he qualified as a Medical Doctor in 1926. At the time, the fashion was to get a basic professional qualification in whatever field you studied and return home. This is the summary of his profile: Samuel Layinka Ayodeji Manuwa, CMG, OBE,(1903–1976) was the pioneer Nigerian surgeon, Inspector General of Medical Services and former Chief Medical Adviser to the Federal Government of Nigeria. He was the first Nigerian to pass the FRCS and he graduated from the University of Edinburgh in 1926. In 1966, he was elected president of the World Federation for Mental Health.

As Inspector General of Medical Services, he contributed immensely to the establishment of the University College Hospital (UCH), Ibadan, the first medical school in Nigeria. He was in charge of the pioneering Adeoyo Hospital, Ibadan, which was used as a preparatory ground before transferring medical students to London University College Hospital – before UCH was ready in 1957. He later became a Pro-chancellor and Chairman of the Governing Council at the University of Ibadan. Throughout his career, he sought and worked for the improvement of basic health services in the rural areas of Nigeria. Sir Manuwa was born to the family of Reverend Benjamin Manuwa. A Grammar School in Iju Odo, Okitipupa, Ondo state, (Manuwa Memorial Grammar School) was named after him (Manuwa’s father). After his secondary education in 1921, he then proceeded to study at the University of Edinburgh where he received a bachelor’s degree in Chemistry and Medicine in 1926. He graduated with a several awards: the Robert Wilson Memorial Prize in Chemistry and the Wellcome Prize in Medicine. He later went to study in Liverpool University and completed a course on Tropical Medicine in 1934.

He returned to Nigeria after finishing his studies on tropical medicine and joined the colonial medical services as a medical officer. He subsequently became a senior surgeon, specialist in the service, where he gained acclaim as a skilled surgeon. Though, he received various offers for administrative positions earlier on, he continued his surgical work for 18 years. While practicing as a surgeon, he reportedly invented an “excision knife” to treat tropical ulcers.

In 1948, he lifted his embargo on administrative positions when he became the deputy director of medical services. In 1951, he was made the first Nigerian director of medical services and subsequently the Inspector General of medical services. He became fully involved with the Nigerian public service in 1954, when he was appointed the Chief Medical Adviser to the Federal Government of Nigeria. He later went on to become a member of the Privy Council of the Federation of Nigeria, President of the Association of Surgeons and Physicians in West Africa. He was recorded too as the first Nigerian Commissioner of the Federal Public Service Commission (FPSC). He later humbly served as the Deputy Chief under Alhaji Sule Katagum (who was junior anyway) when Nigeria became Independent, despite being the first Nigerian Commissioner on the Commission. Does that ring a familiar bell?

In the epilogue of a note I wrote as editor-in-chief of ‘The Guardian’ on October 1, 2020 (last Thursday), I said: ‘There is something worth celebrating: Something that gives me a flicker of hope that we will make it too. Hold your peace! It was within the last 60 years that we built a brand new capital Abuja, a Centre and Symbol of Unity our leaders are threatening to violate as a Centre of Unity. That too will experience a time of restoration. Let’s celebrate, please! It is 60 hearty cheers to our Dear Country, Nigeria…’

**We will continue next week on the forgotten Dr. Manuwa and why President Buhari should have celebrated Abuja, our remarkable 44-year-old nation’s capital, Abuja as one of our major achievements in the last 60 years. Wait for Abuja where they live and work but they always forget to honour.

▪︎Published in THE GUARDIAN ON SUNDAY, OCTOBER 4, 2020

As Emperor el-Rufai dances naked in Kaduna, By Ikechukwu Amaechi