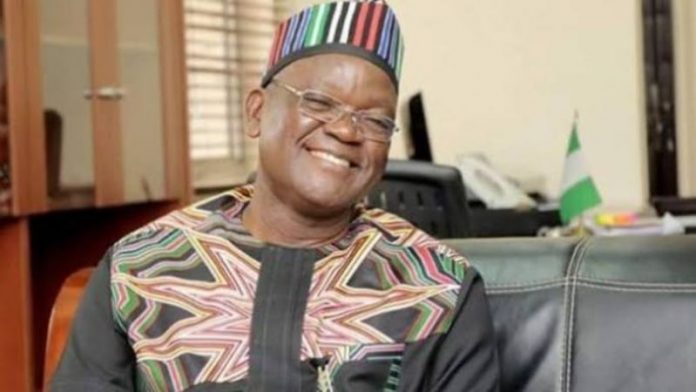 Benue State Governor, Samuel Ortom has praised citizens of the state and Nigerians alike for their resilience in the face of daunting security and economic challenges in the past year, 2021.

In a statement by his Chief Press Secretary, Nathaniel Ikyur, the governor said in his goodwill message to usher in the new year that citizens demonstrated their indomitable spirit for survival against unabating security and harsh economic situation that was compounded by the raging Covid-19 pandemic.

According to him: “The year 2021 was no doubt challenging. But I’m happy our people rose to the occasion. The lessons of the past year will serve as a useful instrument that will guide us to fruition in the years ahead.”

Governor Ortom was pleased to note that Benue people have stood by him through thick and thin, promising that the interest, welfare and wellbeing of Benue people remains his firm commitment, mission and purpose throughout the days of his administration.

As a government, Governor Ortom promised that he would continue to implement policies, programmes and projects that have direct and positive impact on the citizens adding, “this new year will restore hope and confidence in our land.”

The Governor however urged citizens to be vigilant against terrorists who have continued to wreck our communities, displace our people from their ancestral lands and rendered them displaced in their fatgerland. He encouraged individuals and groups to ensure that they cooperate with the security agencies so as to keep our state free from criminal activities of the terrorists gangs, stressing that, “in doing so, you must endeavour to give useful information to government through security operatives in order to nip any threat in the bud.”

This, he said, was necessary to ensure smooth and orderly society as the nation approaches the 2023 general elections just as he reminded them to make informed and right choices when election by choosing the Peoples Democratic Party, PDP in the next elections to rebuild the country from the misrule of the APC led government.

He called for the cooperation of all in the discharge of their duties, reiterating that his administration would leave Benue State better than he met it.

The Governor wished the citizens a peaceful and prosperous new year.

Oba of Benin to Edo Deputy Gov: “Call your thugs to...