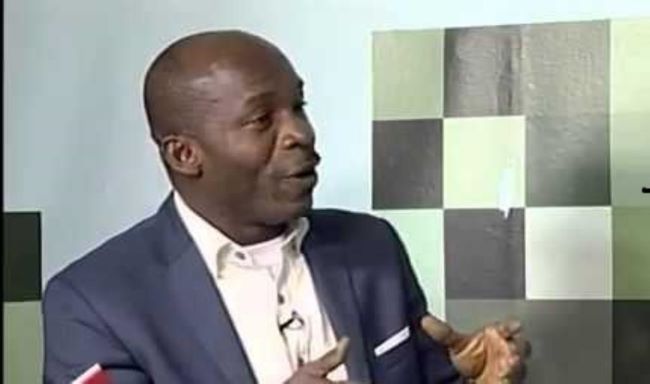 In Edo State, there are not less than ten parties going to contest for the gubernatorial position, a seat currently held by the outgoing Governor Godwin Obaseki. Out of these over a dozen parties, two leads this race that by character and quality, is not for the faint-hearted. However, between these two leading parties, the All Progressives Congress and the People’s Democratic Party, one has clearly emerged the people’s choice and it is for some reasons.
The All Progressives Congress has become the most popular and accepted party in Edo politics of today. This is made more significant given the fact that Godwin Obaseki, the outgoing governor, who recently in the past month left the party and secured the PDP candidature cannot match the popularity and relevance of Pastor Osagie Ize-Iyamu despite the pecks and privileges of incumbency.
Having been in the pole position of state leadership for the past four years, it is expected that Obaseki must have had glorious achievements on which his campaign for reelection will be based. But, without mincing words, he doesn’t and that leads to the raging issues going in Edo for the past few weeks. A campaign of calumny, a party so reckless to enter a campaign without official strategy, a party devoid of direction and true leadership. A party that its candidature was bought like an article in a bazaar.
For this reason, the people having seen the emptiness of PDP and Obaseki, have given their ears to the man who has something to say, who has a direction he is pointing the people to look—and now the people are cheerfully looking and listening. Weekly, Pastor Osagie Ize-Iyamu brings his manifesto, The Simple Agenda, to the same place all Edo people can be found, to the same place where Obaseki and cohorts throw muds: the social media. Now he has the attention of the globe and even an Edo man even in Yemen or Afghanistan, Oman or Burundi, just with a few clicks on the mobile, can listen to his incoming governor and feel the vibe and hope of home and bright future.
Always in want of attention but bereft of innovation to court and get it, Obaseki and his obscure PDP frays in oblivion, seeking any means, horrible or irrational, desperate or hopeless, to get the same attention. And so, in their trademark thoughtlessness, they felt the best way is to throw themselves into the party of the enemy. This way, they begin the laughable propaganda that The Simple Agenda does not belong and is not the idea of Pastor Osagie Ize-Iyamu. But it is not a thing to worry about, rather a situation to glory in because this is what happens when your manifesto is so good, so excellent that in reaching the global audience, your opponent begins to discuss it too, forgetting theirs (if they had any).
But as they discuss this wonderful manifesto, they help popularize it, and they equally speak it into reality because come September, the Simple Agenda becomes Edo State’s working guide. However, the great misfortune of this whole drama is the unfortunate denigration of quality opposition. In Edo, it is sad that the PDP cannot provide solid opposition where candidates of the leading parties will test their hammering ideologies against the anvil of fierce debates. And historically, through socio-political debates, weak and impertinent ideas wither away, and in a Hegelian dialectic style, new ideas are born and the society at large benefits. But with the infantile, headless merry-go-round of the PDP, Pastor Ize-Iyamu and the APC will have the stage alone and must now be the one to constructively criticize and debate their own ideas. Sad.
Of course the accusation is still in the public but for how long shall we entertain the rants and lamentations of a people without vision, thought, and substance? In the same public domain is the answer and proofs that is all needed. In Amazon, is a copy of The Simple Agenda, published in 2016 by Createspace Independent Publishing Platform, USA. The document is duly credited to the true owner and mastermind: Pastor Osagie Ize-Iyamu. And when they whine and turn the other side, conflating the interviews of Pedro Obaseki, we equally find the same man in an interview where he clearly, without jumbles, stated that the Manifesto is a property and brainchild of Pastor Osagie Ize-Iyamu.
All the noise is too much ado about nothing and nothing is PDP.
Please follow and like us:

Awute chairs ministerial committee on health insurance for the elderly

2023 Presidency: Tension in PDP as governors part ways over political...